Welcome to Celeste Lauren Filbert and the members of the Peace Committee as they proclaim Asheville, North Carolina a city of peace. The group has many partner organizations as the Mayor’s Proclamation attests. 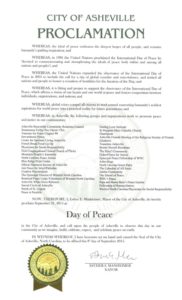 VISION
Foster Peace and Compassion as community values to facilitate building a local community and world where all nurture and are nurtured by Peace. 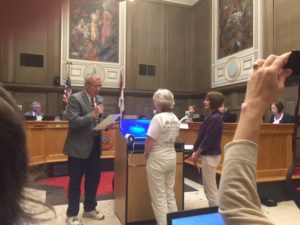 MISSION
As a partnership of peace makers, we promote peace and justice locally and globally among all cultures and creatures and within our hearts, through collaboration, celebration and daily re-creating communities of Compassion and Peace throughout Western North Carolina and beyond. 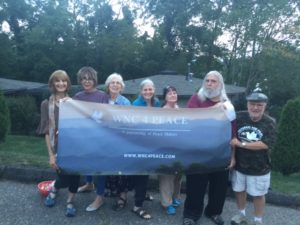 Members of the Ashville peace committee holding up their WNC4Peace banner. 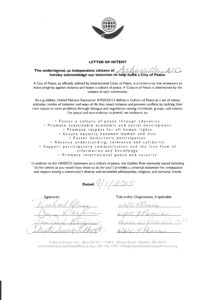 1. Collaborate with other peace, justice and environmental groups in celebrating and honoring International Day of Peace in Western North Carolina yearly.

2. Promote peace and justice in relationships locally and globally among people, with nature, and within ourselves.

3. Nurture a culture of peace and nonviolence in Asheville, culminating in the city’s designation as an International City of Peace and Compassion.

Celeste manages vacation rentals in the popular tourism destination of Asheville, NC, is a licensed Spiritual Practitioner with Centers for Spiritual Living, and in her free time works to promote Peace and Compassion along with many other dedicated and committed individuals in Asheville.

Short video of Celeste Lauren Filbert outside the City Hall before we went in for the reading of the proclamation at city council meeting.

ABOUT ASHVILLE, NORTH CAROLINA (from Wikipedia)

Asheville is the larger principal city of the Asheville-Brevard CSA, a Combined Statistical Area that includes the Asheville metropolitan area (Buncombe, Haywood, Henderson, and Madison counties) and the Brevard micropolitan area (Transylvania County), which had a combined population of 398,505 at the 2000 census.

In his 2008 book, The Geography of Bliss, author Eric Weiner cited Asheville as one of the happiest places in the United States.