Welcome to Laith Mohamed Hamzelloh and colleagues who have formed a Benghazi, City of Peace initiative. The group has succeeded in several campaigns that have helped refugees, educated children, and created artwork that has changed the city landscape. 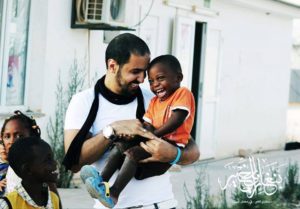 As the Benghazi City of Peace Resolution states: “Benghazi was the spark of the revelation against the dictator Moa’mer Gaddafi. And it known in Libya as “The shelter of no home people” because the people of Benghazi are very welcome & warm. During the Arab Spring Benghazi was the shelter of many refugees from other cities such as Tawargha, Ajdabia & Sirte. and even people from Syria are still coming to Benghazi looking for peace and good life. Simply Benghazi is the heart of Libya. If Benghazi is good, Libya is going to be very good.” 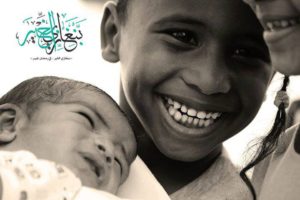 VISION: We seek to see all cities in Libya embracing the Gracious Project under the umbrella of Gracious Land which aims at establishing positive change on a general perspective and to promote the culture of positivity, simplicity, and conflict resolution instead of hardening up and choosing to be part of an issue or challenge. 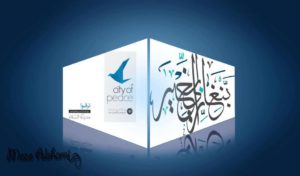 MISSION: Islam stems from the very word Peace in Arabic and therefore, Muslims – by default – are considered to be peaceful in themselves, to others, and in all aspects of life and living. Thus, Gracious Land, Belad elKhair in Arabic, seeks to reinstate, project, and promote this theme and aspires to inspire others be it individuals or collective to step in and be part of positive change and charitable graciousness.
PROGRAMS THAT HAVE FOSTERED A CULTURE OF PEACE: 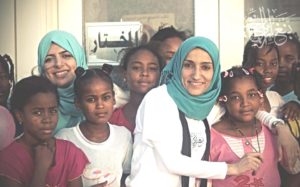 The first Project Benghazi campaign supported displaced families in the camp of Garyounis in the city of Benghazi and those displaced of Tawergha City after the end of the war between the former regime and the new regime. Everyone was a volunteer in this campaign. 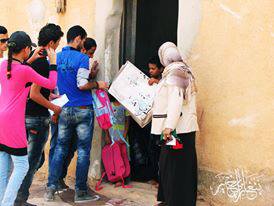 The second Project Benghazi campaign was related to literacy and education, where the project gave assistance for lower-income people at the beginning of the new academic year, where more than 200 bags were provided for school children. 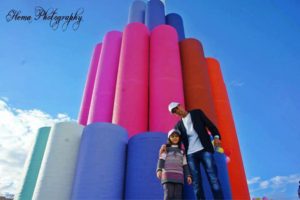 The third Project Benghazi campaign was completed when Benghazi was suffering from several bombings and assassinations. Members of the project decided to create an artistic symbol at the Icomo rotation in the city of Benghazi. The colors were selected by experts in the science of colors and the color circle. 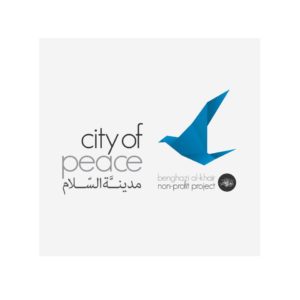 The fourth Project Benghazi campaign began on the first of April 2013 and is divided into 5 events. Starting from the International Peace contest, members participated in a photo contest. The contest by Alfotgrave was to photograph a symbol of peace and hope in any place in the world. The photo has been spotted to receive $10,000 thousand Libyan dinars for the winners. Second, the effectiveness of the Charter for Peace in Abbar for a non-binding Charter of any influential figure in peace in Libya as his initiative to support peace. Third, the maintenance activities in the city of Benghazi and put the pictures that symbolize peace in this square. It is noted that it was agreed with the Guinness World Records to put the dove a campaign slogan.

IT IS OUR FIRM BELIEF THAT…

• Any deed carried out must be righteous and bears the true essence of Islam and the noble global teachings of Prophet Muhammad (PBUH).
• We shall take the lead and not wait until time comes.
• Mighty Allah has engraced us with the ability to succeed in all aspects of life when put into practice and carried out with enthusiasm and determination.
• Optimism and positivity are the key to productivity and to our successful completion of any work we choose to do.
• It has come to existence the birth and vision of Project Benghazy elKhair; a first step into the road of making gracious charitable cities inside Libya and abroad.
• It is worth mentioning that the city of Benghazy in Libya is the birth place of all intellectual property under the supervision of Berenice Media Foundation.
Accredited By:
Laith Hamzellow, MD
July 27, 2012
Organizer: Berenice Media Foundation
Site Granted by: Jaynat Co.
Media Collaborator: Tribute FM
Creator: AlMonsiff AlSheikhy 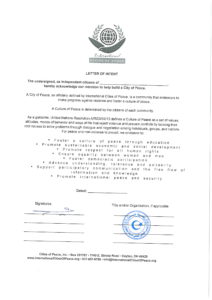 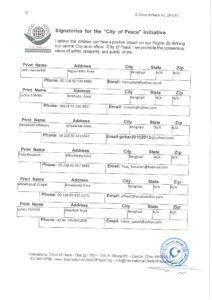 The Benghazi City Government has officially recognized the Benghazi: City of Peace initiative with its official seal.

WHEREAS the World Health Organization defines health as not merely the absence of disease or infirmity, but achievement of a balance of physical, mental, and social well-being, and

WHEREAS peace is not merely the absence of war and violence, but a condition where society has achieved a balance of prosperity, security, justice and hope, and

WHEREAS peace is necessary for everyone to achieve health as defined by the World Health Organization, and

WHEREAS Benghazi was the spark of the revelation against the dictator Moa’mer Gaddafi. And it known in Libya as “The shelter of no home people” because the people of Benghazi are very welcome & warm. During the Arab Spring Benghazi was the shelter of many refugees from other cities such as Tawargha, Ajdabia & Sirte. and even people from Syria are still coming to Benghazi looking for peace and good life. Simply Benghazi is the heart of Libya. If Benghazi is good, Libya is going to be very good.

WHEREAS the community leaders of Benghazi are committed to establishing peace in the region to promote economic opportunity and improve the quality of life of the people of our region, and

WHEREAS the United Nations has designated 21 September of each year to be the International Day of Peace, devoted to commemorating and strengthening the ideals of peace both within and among all nations and peoples; therefore be it

RESOLVED that the Benghazi AlKhair Project proclaims the City of Benghazi to be a City of Peace in perpetuity, and be it further

RESOLVED that the Benghazi AlKhair Project designates 21 September of each year to be the Benghazi Day of Peace in perpetuity, and be it further

RESOLVED that the Benghazi AlKhair Project develops policies and procedures that promote establishing peace in our region in perpetuity.

Laith Mohamed Hamzelloh is Chairman of the Board for the Mashroa Benghazi Alkhair, a nonprofit organization working on change for the better in all aspects of life and going toward solutions rather than staying in the problems. To date, there are eleven cities following the idea of this project.

Mr. Hamzelloh graduated from Garyounis University in the School of Medicine in 2006 with a degree of M.B.CH.B. He is also Chairman of the Board for G-NAP Company for therapeutics and Medical Supplies as well as Chairman for “Bernice for Media” (www.berenice.ly). 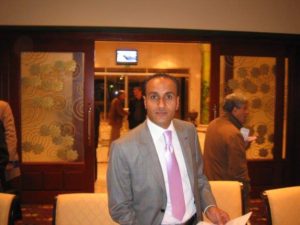 A business training profession, Mr. Hamzelloh has multiple certificates from the American Board of Neuro-Linguistic Programming, the American Marketing Association, the Virtual Academy of Higher Eduction, among others. He is also a Clinical Science Associate (CSA) for Genzyme Company. 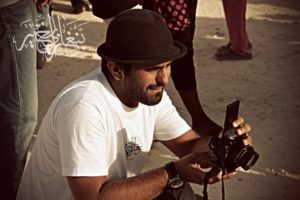 Founding members of the Benghazi, Libya: City of Peace organization: 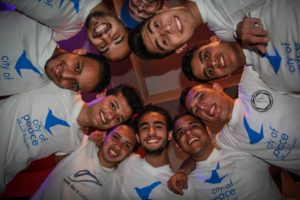 ABOUT BENGHAZI, LIBYA (from Wikipedia)

Libya is a country in the Maghreb region of North Africa bordered by the Mediterranean Sea to the north, Egypt to the east, Sudan to the southeast, Chad and Niger to the south, and Algeria and Tunisia to the west. With an area of almost 1.8 million square kilometres (700,000 sq mi), Libya is the 17th largest country in the world. The capital is Tripoli.

The second largest city in Libya, Benghazi is the capital of the Cyrenaica region (or ex-Province), and the former provisional capital of the National Transitional Council. The wider metropolitan area (which includes the southern towns of Gimeenis and Suluq) is also a district of Libya. The port city is located on the Mediterranean Sea.

Libya gained independence in 1951 as the United Libyan Kingdom, changing its name to the Kingdom of Libya in 1963. Following a coup d’état led by Muammar Gaddafi in 1969, the name of the state was changed to the Libyan Arab Republic.

A civil war and NATO-led military intervention in 2011 resulted in the ousting and death of the country’s former leader, Muammar Gaddafi, and the collapse of his 42-year “First of September Revolution” and 34-year-old Jamahiriya state. As a result, Libya is currently undergoing political reconstruction, and is governed under an interim constitution drawn up by the National Transitional Council (NTC). Elections to a General National Congress were held on 7 July 2012, and the NTC handed power to the newly elected assembly on 8 August. The assembly has the responsibility of forming a constituent assembly to draft a permanent constitution for Libya, which will then be put to a referendum.