We welcome Dr. Tulsi R. Maharjan and his interfaith community groups who have established Franklin Township, Central New Jersey as an International City of Peace. Franklin Township has become a microcosm of the 21st century, where you find people from all nations and houses of worship belonging to all major religions of the world. 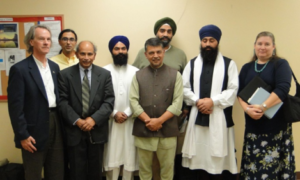 A group called Somerset County Cultural Diversity Coalition has been sponsoring a variety of programs in this community to promote greater understanding of the changing community.  In 2000, the Coalition started the “Diversity Day” and sponsors many special ethnic and cultural events in Franklin Township, Bound Brook and Somerville areas.  For the last 8 years, this organization, in collaboration with houses of worships, Rotary International and Lions International has been celebrating World Peace Day in order to bring people together to talk and have an opportunity for reconciliation and healing. There have also been peace walks, interfaith dialogues, and Gandhi’s birthday celebrations.

Several times a year, one or more groups sponsor programs such as an Interfaith dialogue and Martin Luther King Day, which is celebrated every year by the Township. There are many other events, as well as meditations, prayer groups, etc. There are two other groups who work to promote Peace programs in the community, the Franklin Interfaith Coalition and Franklin Human Relations Council.

After 9/11 the Coalition also started the Interfaith Thanksgiving Dinner and Diversity Awards program to recognize outstanding community leaders who have made a difference in the community. 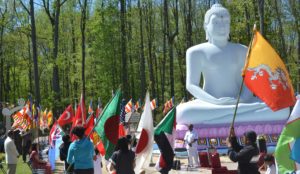 Franklin Township is a community that fosters a culture of peace within, as well as in our homes, schools, businesses, government and all aspects of community life and livelihood. We are dedicated to serving our diverse community and promoting universal well being. 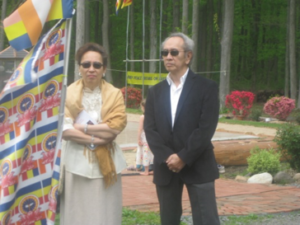 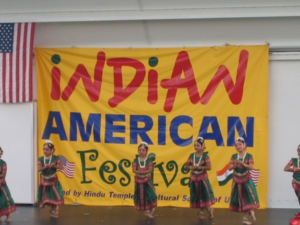 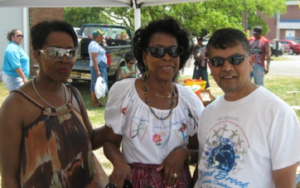 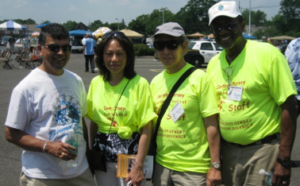 Tulsi Maharjan with the Festival supporters. 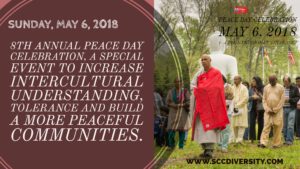 Tulsi considers himself as a global citizen, having been born in Nepal and spending much of his adult life in the United States involved in peace and coalition building activities. He moved to Somerset County in 1987 and started working on the International Educational field at the local community college.  He coordinated College’s International Festival for more than 15 years and in 1995 he started annual Interfaith Dialogue and Peace Program at the College. He is a founding member of the Diversity Coalition.  Following 9/11, Tulsi started the Interfaith Thanksgiving Dinner and Diversity Awards program to recognize community leaders who have made a difference in their community as a path to promoting greater understanding of the changing community. In 2013, he became the Governor of the Rotary District 7510 and used “PASSION INTO ACTION” as his motto to promote greater collaboration and cooperation between various organizations in the Central New Jersey. 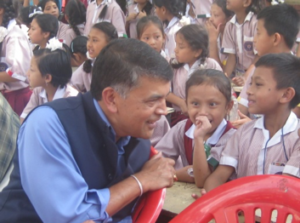 A graduate of the American University in International Education, Tulsi spent 25 years working at a local community college dedicated to promoting international business and cultural understanding as a means to promote greater understanding our global village. His roles included fundraising, organizing international events and administering several international projects as well as running the Holocaust and Genocide studies program, where he hosted Nobel Peace winner Eli Wiesel to build the Holocaust and Genocide Studies center. For the last 10 years, he has been involved with the Asha Project’s humanitarian mission in Nepal to help poor children receive an education and provide economic services through microcredit loans.

A resident of Somerset County, NJ since 1987, Tulsi serves in several nonprofit organizations, including NJ Governor’s Human Relation Council, SCC Diversity Coalition, and The Friends of Nepal-NJ.  He is a charter member of the Branchburg Rotary Club and has been working on humanitarian projects in many developing countries.

Tulsi loves strategic thinking, organizing and networking. His passion is to promote greater cultural understanding of the changing community in the Central New Jersey area. He continues to work with various interfaith groups to promote peace, tolerance, goodwill, and compassion.

Traditionally a farming community, it has become a fast-growing suburb with massive development in the later 20th and 21st centuries as a diverse blend of races, religions and cultures. In 2008, Franklin Township ranked #5 on Money magazine’s list of America’s Top 100 Best Places to Live.

What is now Franklin Township was originally formed circa 1745 as Eastern precinct. Franklin Township was incorporated on February 21, 1798, as one of New Jersey’s initial group of 104 townships by an act of the New Jersey Legislature. Portions of the township were taken to form South Bound Brook (formed within Township, became independent municipality as of April 11, 1907) and East Millstone (February 18, 1873, returned to Franklin Township on December 31, 1949).