We welcome Lassad Ben Ammar as he and his colleagues establish Gabés, capital city of the Gabés Governorate, Tunisia. Lassad is leading an effort in this war-torn community to work on “giving the right meaning of peace, humanity and justice”.

Lassad is looking to build a coalition of peacemakers to fully develop his vision of human rights and peace in Tunisia. Gabès is the capital city of the Gabés Governorate, one of the 24 governorates of Tunisia and in south-eastern Tunisia. It covers an area of 7166 km and had a population of 374,300 in the 2014 census. 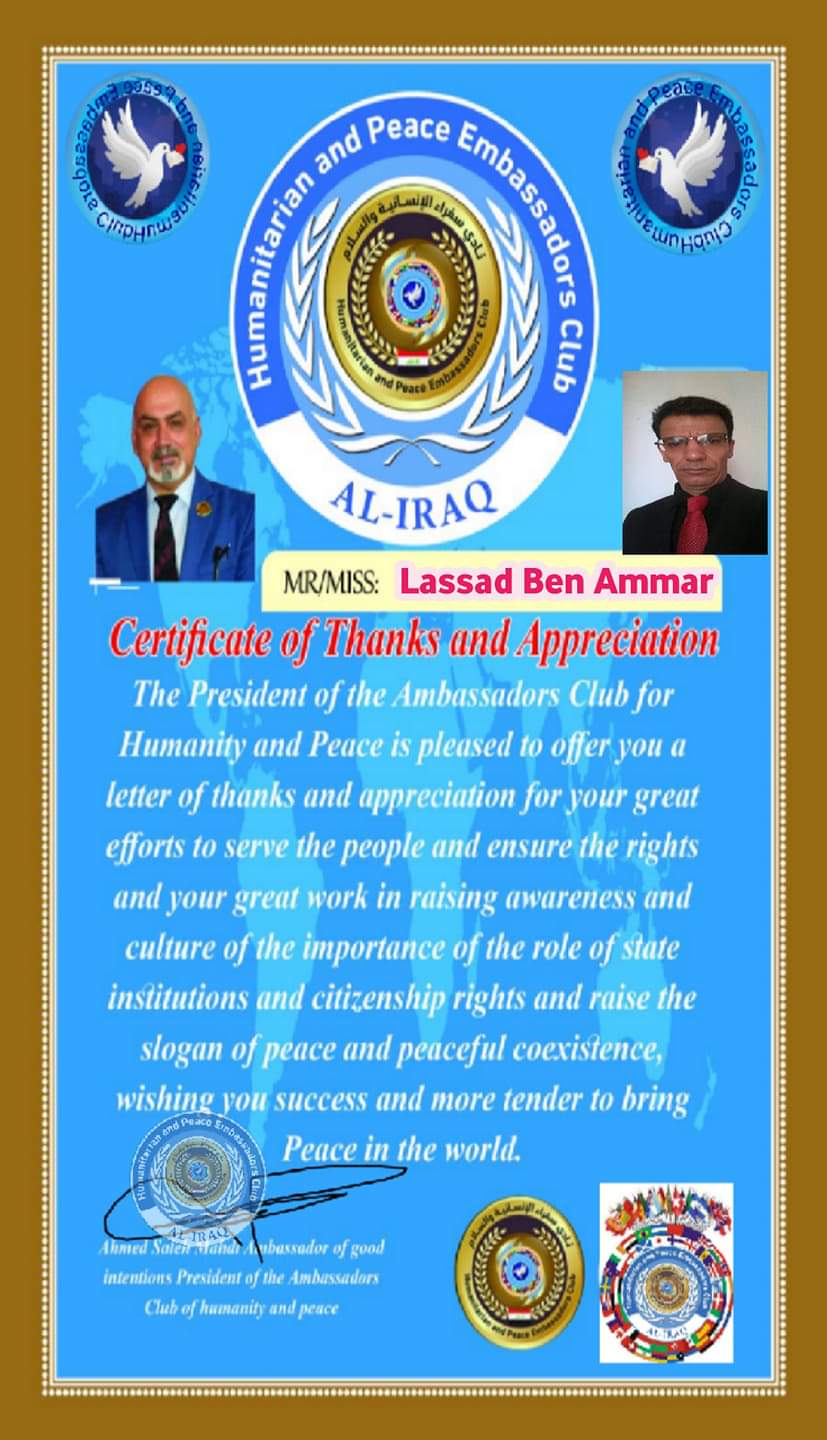 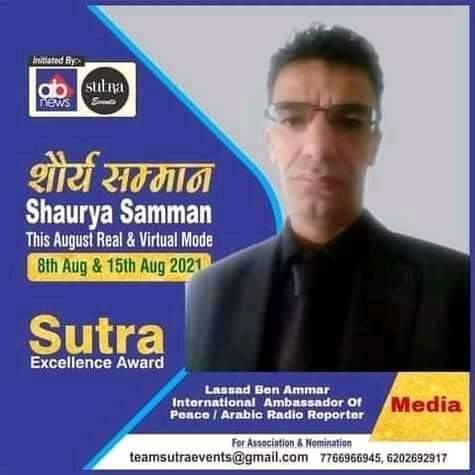 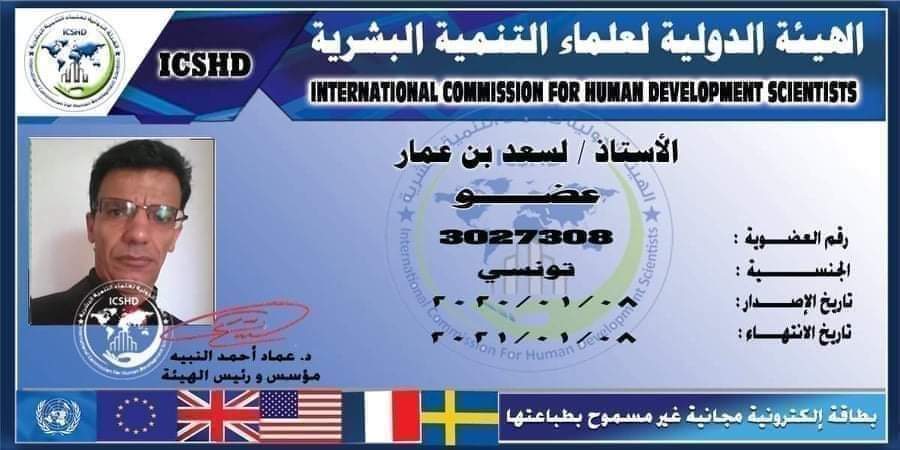 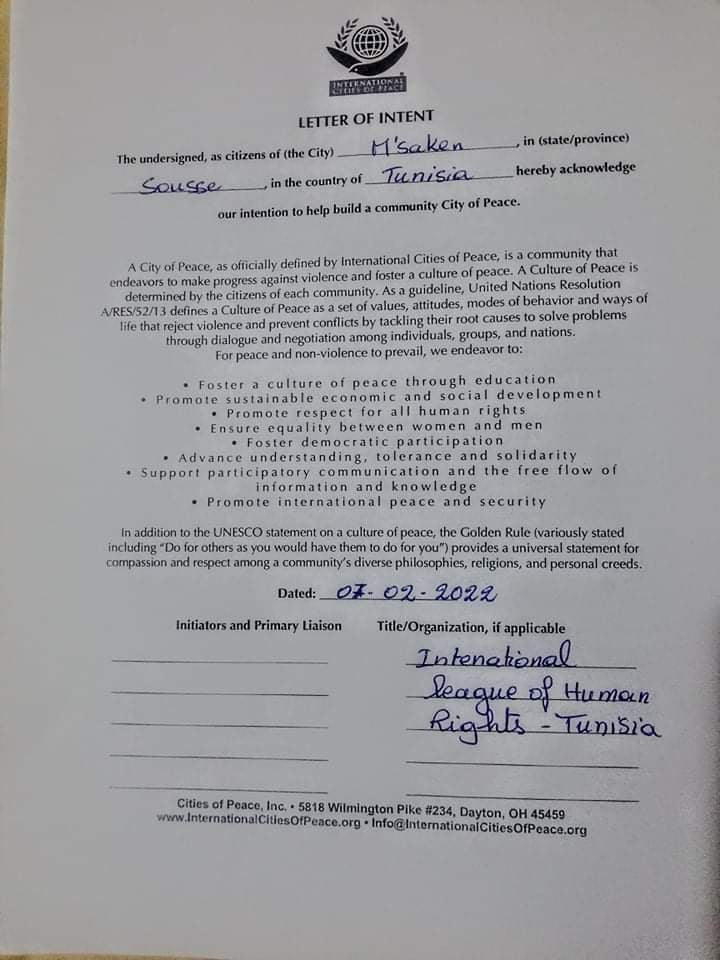 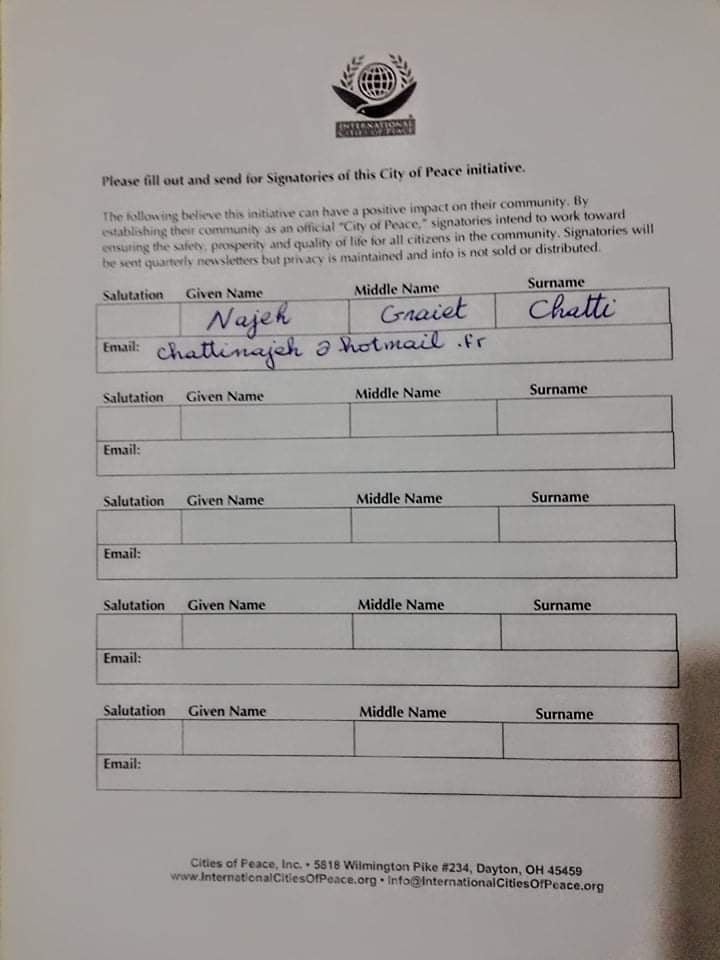 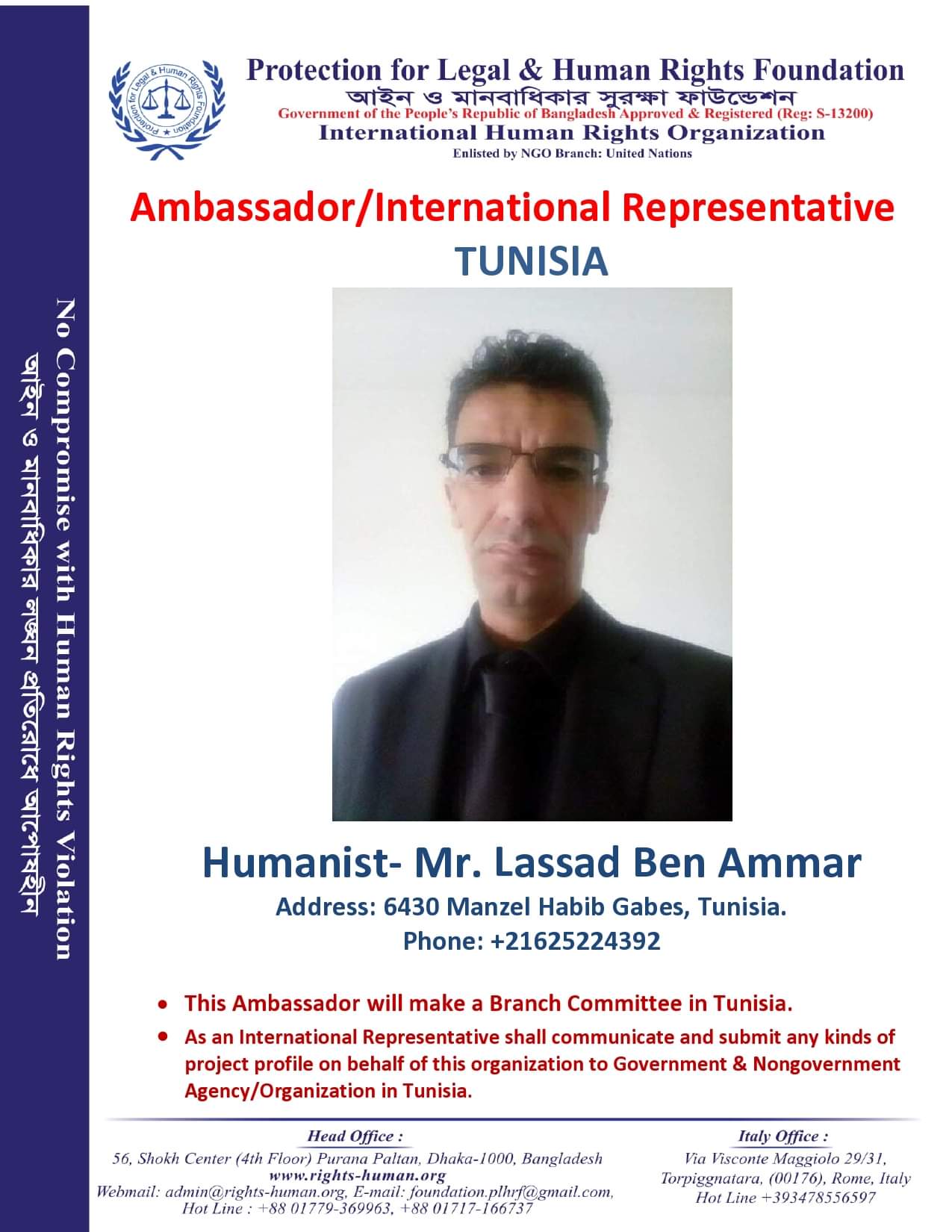 Lassad Ben Ammar was born in 1979 as a Tunisian citizen. He stated he has always “worked on peace propagating in the civil society and in helping others.” 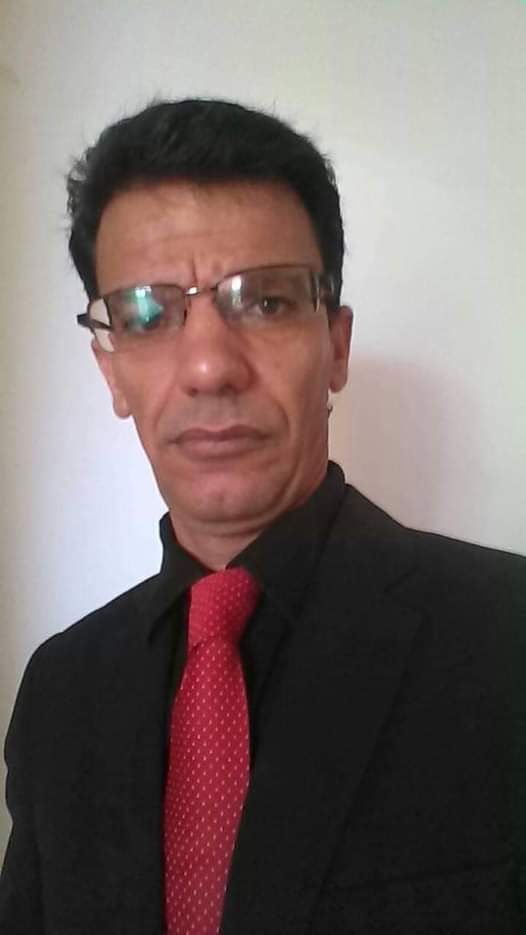 Lassad has an impressive résumé: 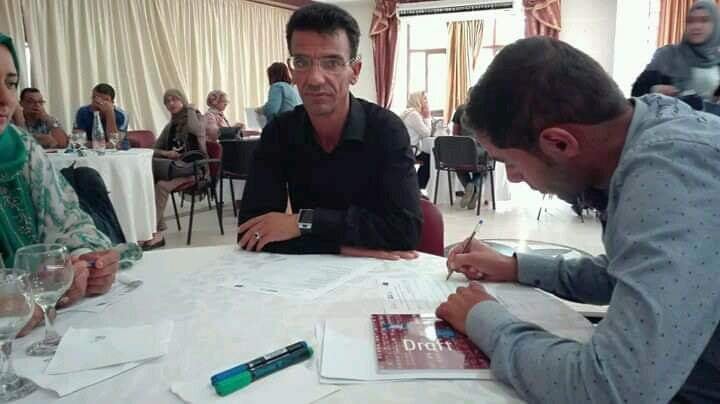 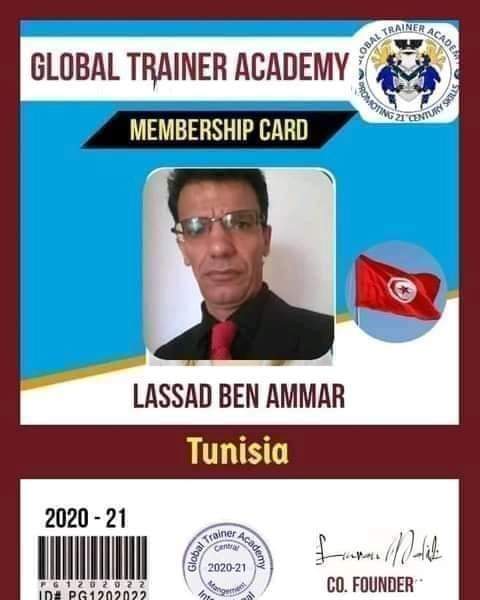 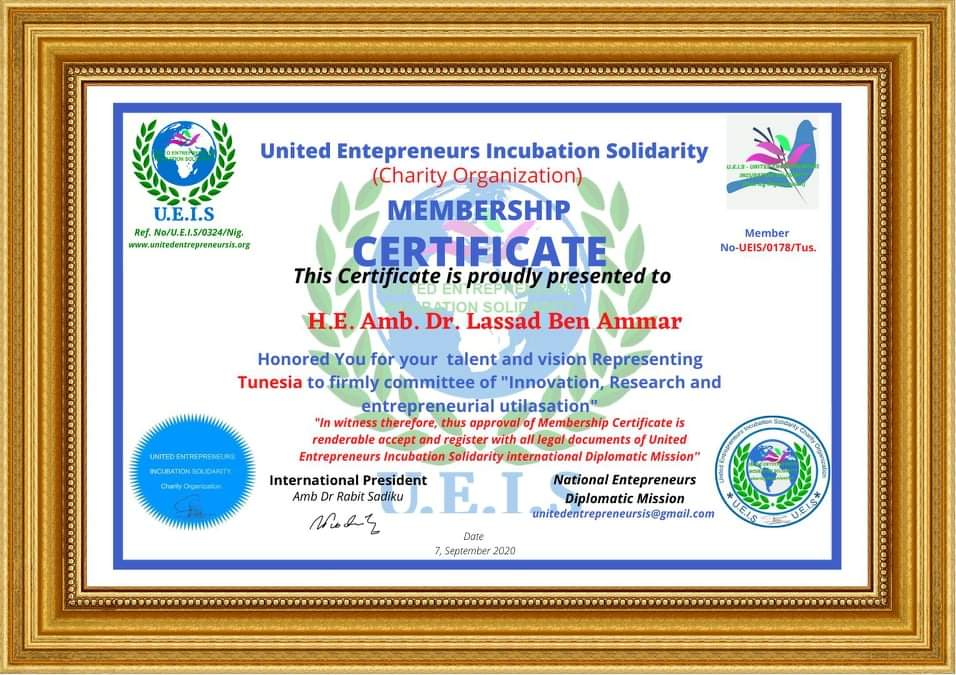 ABOUT GABES, TUNISIA (from Wikipedia)

Gabès is the capital city of the Gabès Governorate in Tunisia. It is located on the coast of the Gulf of Gabès. With a population of 152,921, Gabès is the 6th largest Tunisian city. Gabes is 327 km away from Tunis and 113 km away from Sfax.

Gabès is the ancient Tacapae or Tacape (Τακάπη in Ancient greek) or Tacapes of the Roman province of Tripolitania. Strabo refers to this city as an important entrepot of the Lesser Syrtis. Pliny (18.22) remarks that the waters of a copious fountain at Tacape were divided among the cultivators according to a system where each had the use of the water during a certain interval of time.

Gabès is one of the biggest industrial cities in Tunisia. Most industries are chemical oriented, this is why the city offers one of the best chemistry degrees in Africa from the University of Gabès. The main industries are:
• Cement
• Chemical products
• Brick Factories
• Oil refinery

The fast-growing numbers of factories has resulted in fairly serious pollution of the area and of the Gulf of Gabès. In recent years the government is working on new programs and laws to decrease the amount of pollution.

Gabès is famous for its traditional Souqs in Jarah; it is known also for its attractive beach and the unusual seaside oasis (Gabès is located on the coast of the Mediterranean). The best parts of the beach are in the south of the city (Road to Djerba). The best one is the Lemawa or Lemaya beach. The government is planning to build a tourist zone there in the coming years. Gabès has a unique feature in the world, in this city you find the mountain, the sea, the oasis and the desert. The streets of Gabès come alive at night during Ramadan, where sook’s (shops) are open on the streets and parties happen almost everyday in the night during Ramadan. The most visited place in Gabès is the town Matmata. 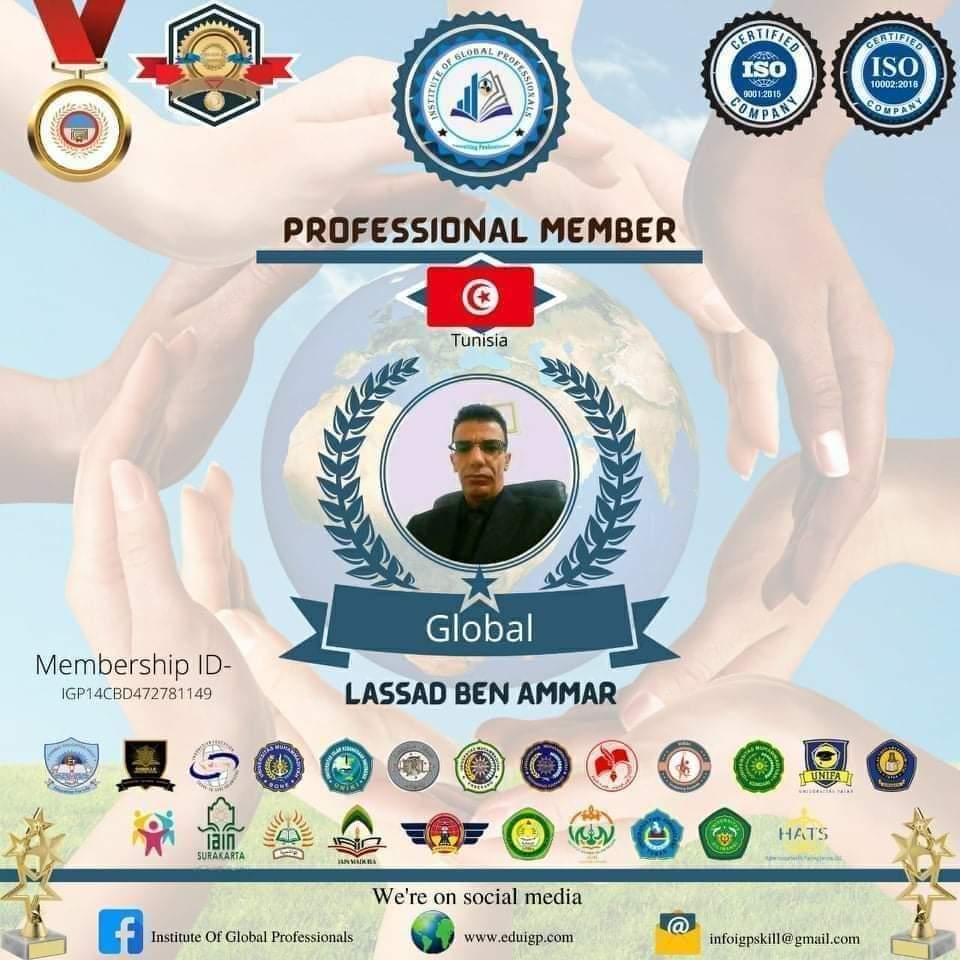