We welcome Park Seung-won, Mayor of Gwangmyeong City, and the citizens of the Gwangmyeong community as they establish the third International City of Peace in the Republic of Korea. There are many peace initiatives being developed, including the Inter-Korean Peace Railroad, The Gwangmyeong Cave as a Space of Peace, and the Gwangmyeong Special Week for Peace and Empathy.

Create a community in which residents can lead peaceful lives.
Create a culture in which people can enjoy peace in their everyday lives and share it with peaceful cities around the world. 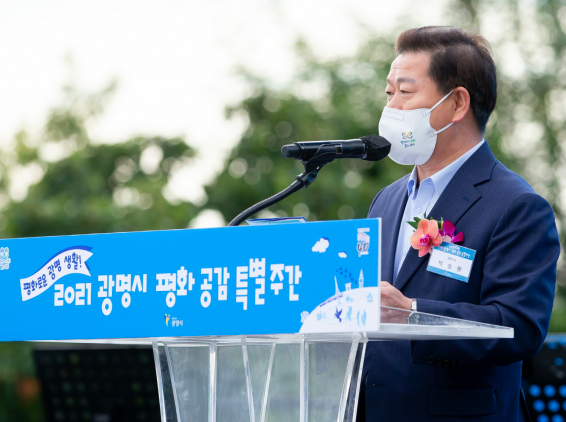 The city of Gwangmyeong and its residents are making great efforts to bring about the designation of KTX Gwangmyeong Station as the first station of the Inter-Korean Peace Railroad that would travel across the Democratic People’s Republic of Korea into the continent of Asia and beyond.

The World’s Only Divided Nation
Korea is the world’s only divided nation, separated by ideological conflict since the Cold War into the Republic of Korea (henceforth referred to as ‘South Korea’) and the Democratic People’s Republic of Korea (henceforth referred to as ‘North Korea’). Despite hostilities, the two Koreas have consistently cooperated with each other in order to put an end to the unstable armistice regime on the Korean Peninsula and establish a permanent and stable peace regime through the July 4th South-North Korea Joint Statement (1972), the Inter-Korean Basic Agreement (1991), the June 15th South-North Joint Declaration (2000), the October 4th South-North Joint Declaration (2007), and the Panmunjom Declaration (2018).

Since beginning its tenure, the current Moon Jae-in administration has proposed the Northeast Asia Plus Community of Responsibility as its medium and long-term vision for peaceful cooperation in Northeast Asia encompassing inter-Korean relations and the peaceful reunification of Korea. It has continued to advance inter-Korean cooperation within the framework of envisioning a new economy on the Korean Peninsula, and this keynote will extend into the next administration.

KTX Gwangmyeong Station:
The Largest of the 60 Stations on the South Korean High-Speed Railroad

KTX Gwangmyeong Station is located in Iljik-dong, Gwangmyeong City, encompassing a land area of approximately 264,000㎡ and a building area of 48,000㎡. The station building is one of the best symmetrical steel frame buildings in South Korea with an area of approximately 6.7 soccer fields combined—a structure unmatched in size by the 670 or so railway station buildings scattered across the nation. Embodying the elegant curve of hanok eaves and beoseon, traditional Korean socks, in an effort to evoke traditional Korean aesthetics, the station building boasts a glass ceiling that allows delicate and pleasant natural light to shower into the structure. This gives the building the feel of a bustling airport during the day and the feel of an otherworldly spaceship by night. 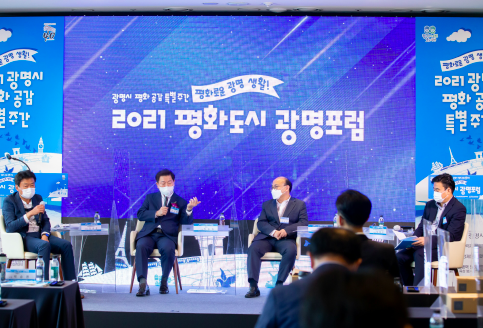 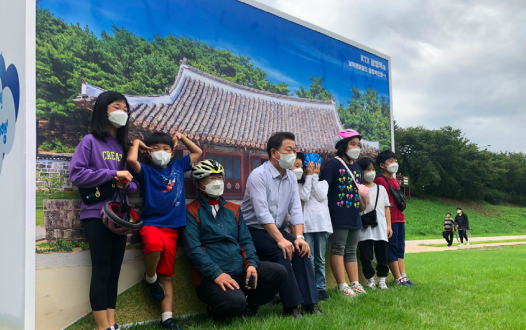 
Gwangmyeong Cave, a Space of Peace 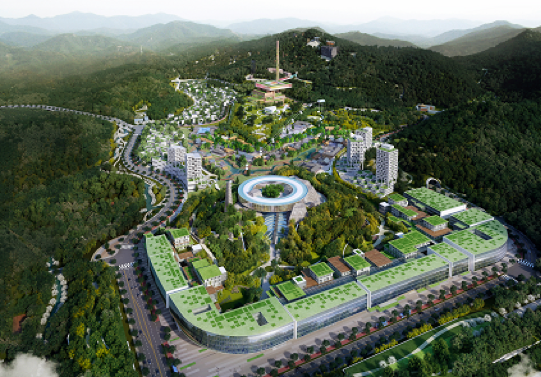 During the Japanese colonial period, Gwangmyeong Cave was a site of exploitation where the human rights of Korean people were ruthlessly violated. The city of Gwangmyeong plans to remember the painful history surrounding Gwangmyeong Cave and create a refuge of peace in the area. 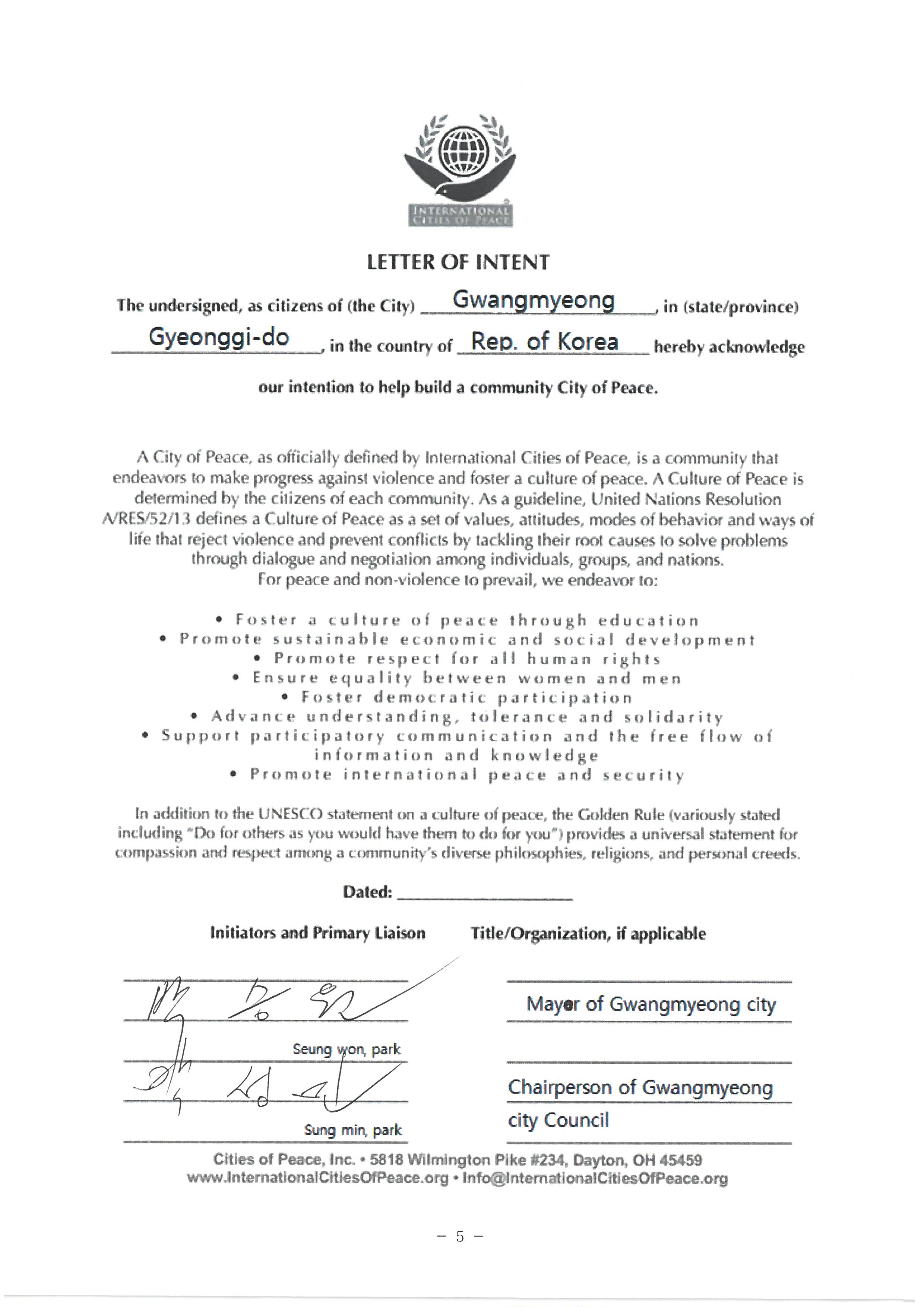 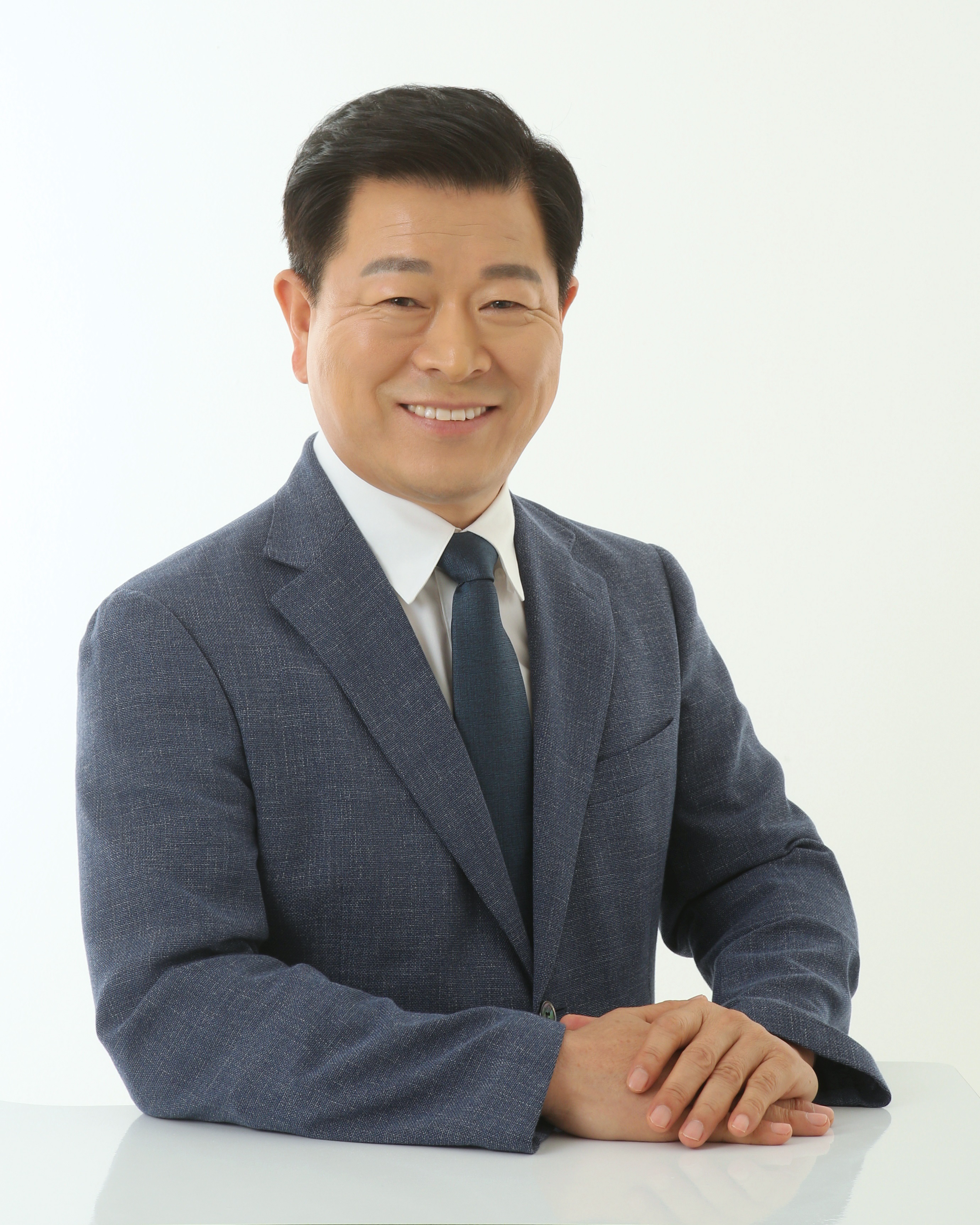 May 2021 ~ Present Member of the Local Internalization Council of the Governors Association of Korea (~April 30, 2023)

ABOUT GWANGMYEONG (from Wikipedia)

◆ Geography
Located at the center of western Gyeonggi Province, Gwangmyeong borders Seoul Metropolitan City on the east and north, Siheung and Bucheon on the west, and Anyang on the south.

With a total area of 38.5㎢, the city is home to Gureum Mountain and Dogonae Hill, both considered to be at the end-point of the Gwangju Mountain Range, at the city’s center. However, the city overall is on low-lying plains between 30m and 290m above sea level.

A city with a strong railway system, Gwangmyeong is conveniently located for access to Bucheon and Gangnam via Line 7 on the subway. Since the opening of Gwangmyeong Station in 2004, and increased KTX service at the station, it has become easier to travel outside the city limits via KTX.