We welcome Patrick Sadiki Masemo and his colleagues who have established Ibanda, D.R. Congo as an International City of Peace. Patrick’s community has many projects planned as they evolve as a City of Peace. 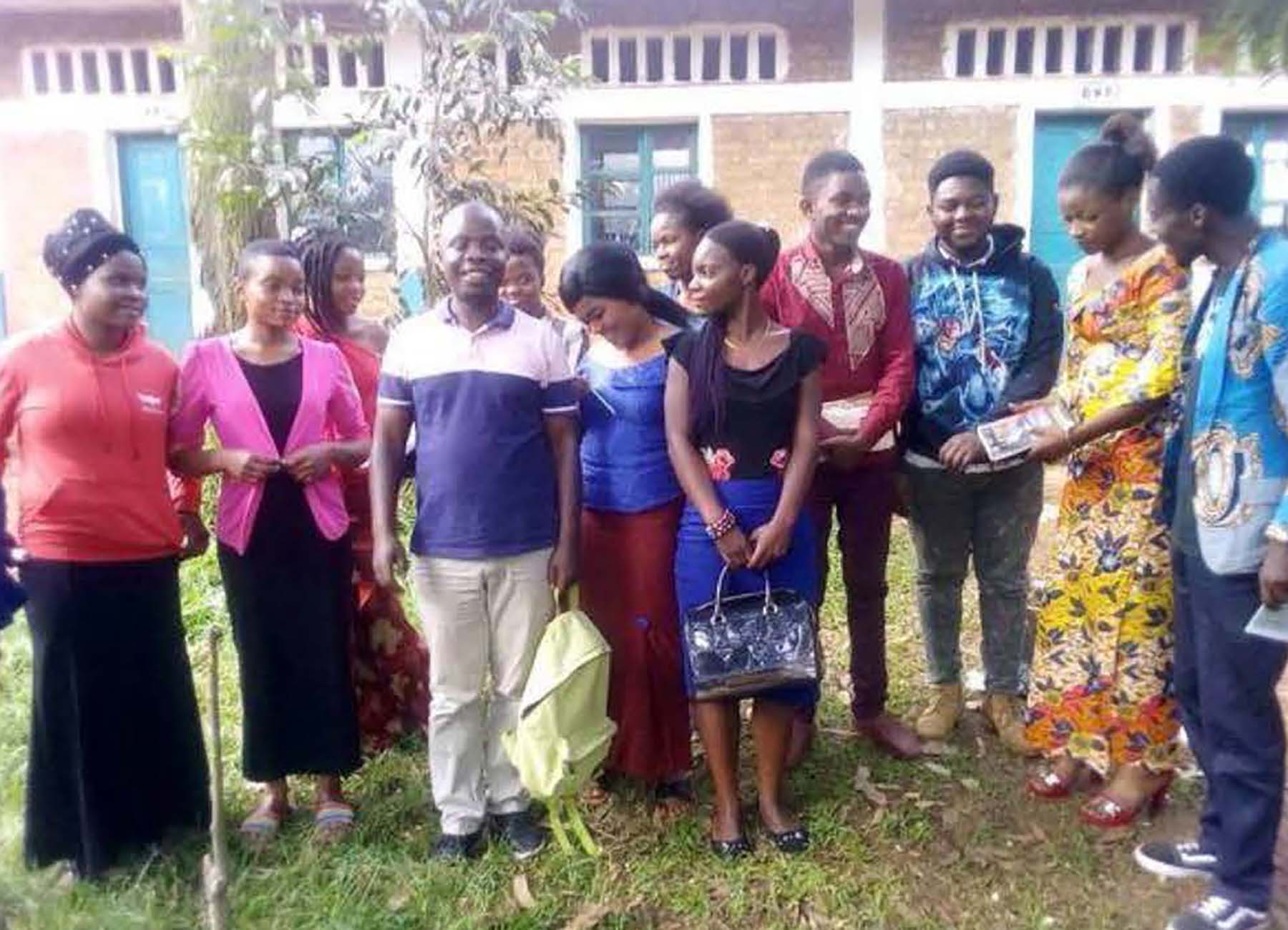 To educate young people so that they can be peacemakers, by supervising them through certain leisure and entrepreneurial activities. 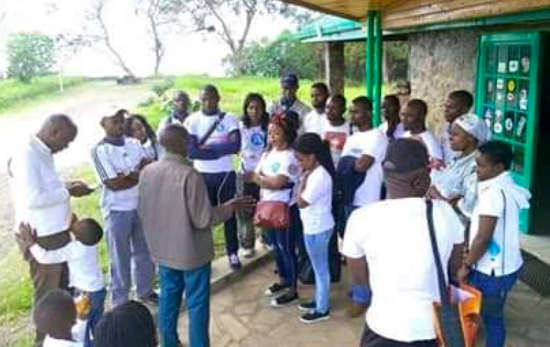 That all the young people of my city be a peacemaker 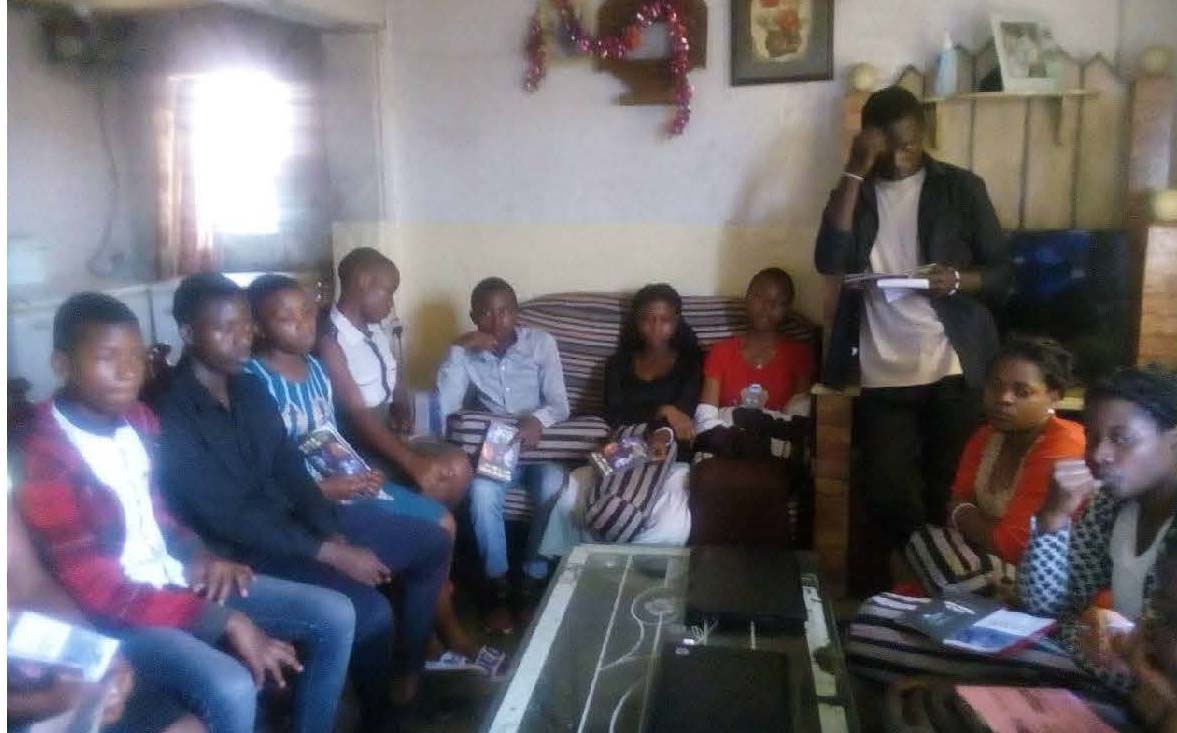 – Youth supervision project for the consolidation of peace in the city of peace of Ibanda,
– Youth training project on human rights. Awareness rising on peaceful coexistence in conflict zones;
– Youth football competitions for peace in our community
– Inter-school engineering competitions for peace in the city of Ibanda
– Project to support training for young people in different life professions to give them hope of living in peace instead of enlisting in armed groups.

I am honored to be in the timeless City of Peace and to be greeted by outstanding leaders who are fighting for peace in the WORLD. For more than a thousand years, there have been conflicts in the World and for more than a century, in Africa the politics create disturbances, the ravages fight for the borders of the countries, in search of raw material, and the tribes are fighting for a living space. Together you represent peace between the people and the government. I am grateful for your hospitality and the hospitality of all members of the City of Peace. I am also proud to carry with me the goodwill of the Congolese people and a peace greeting from Ibanda, a city in my country. 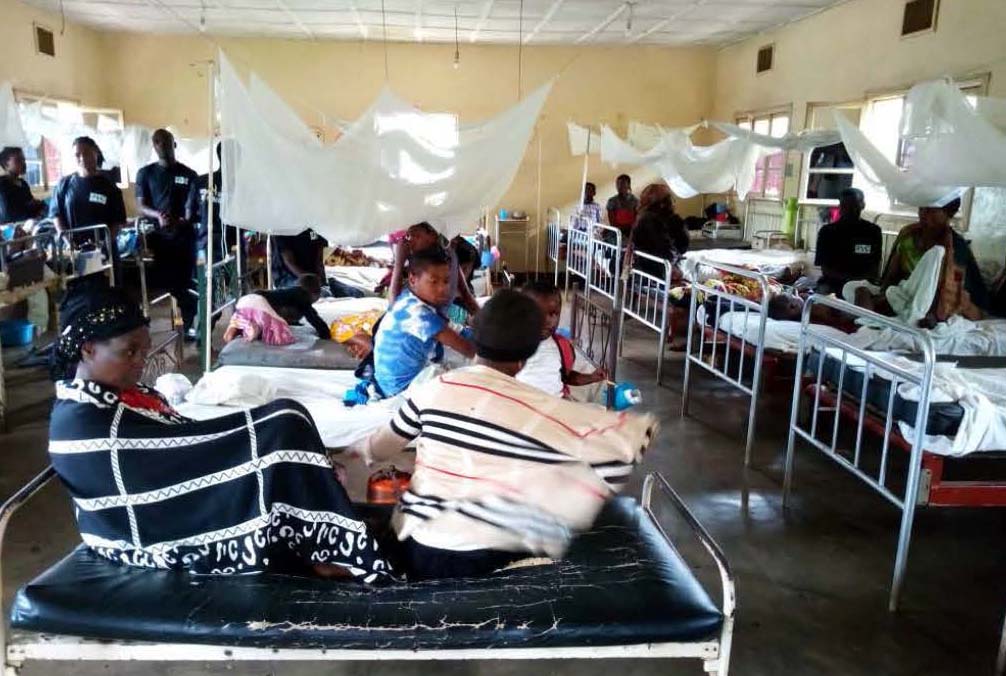 In my country the DR Congo, more than two decades ago we observed successive wars in a theater with their consequences on the life that the citizen leads. These consequences include: ethnic conflict, several armed groups that are created; some to seek political positioning and others are from neighboring countries to plunder our country’s mineral resources.

This whole state of affairs means that in my peaceful town of Ibanda that no more than a single night goes by, bullets are not heard and sometimes the porters kill, empty and loot peaceful citizens of my town. In my city the hour is uncertain or during the night for the most part, some hearts beat, they are not sure of the next day and moreover this state of affairs leads to several citizens of my city in camps of refugees in search of exile. 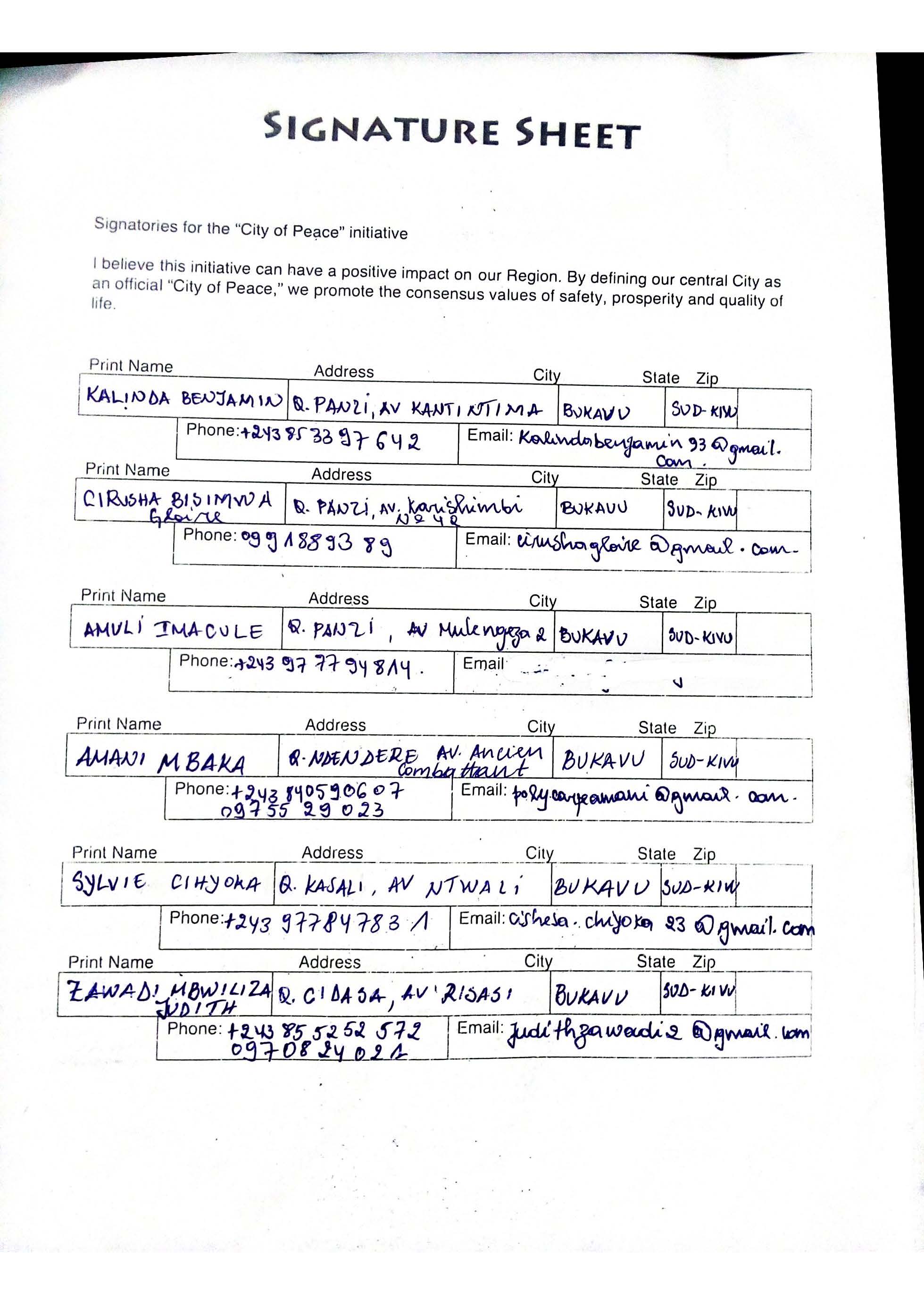 “My father is MASEMO INNOCENT and my mother MARIE KAMAKINGI RIZIKI divorced in 1996 when I was 10 years born. At this time I started to work hard for living at my step mother’s house and it could be my way to learn how to help others. I was serving only my young brothers and sisters through diffrent challenges from the step mother ; I could join the church-Choir, also scoot’s group.

“But in 2008, one friend « BENGA » called us to join him volunteering with YOUNG LIFE(teaching teenagers to fallow Jesus), then we started doing this from his house till to bring the group to different cities of my country. There I could start my own are(Essence-Panzi) also I could start the grou in other city GOMA. Then in 2011, I was been sent to the training in Leadership at Darsalaam in TANZANIA..

“In 2012, I took my wife ESTHER ASIFIWE BYAMUNGU(Juselle), with whom to day we have 5 children : JOACHIM, JOAN, JOAS, JOADDAN, JOANIE (2 boys underlines and 3 girls) all of there are living. “In 2014-2015, I started to work at a given schoo as a cassier in my city(C.S LUMIERE). In 2015, I was inspired withe the evangelical word from LUKE 10 :25, then I created an Humanitarian group SAMARITAN YOUTH OF CHRIST to help Vulnerables. In 2016, I’ve been chassed to my job and it was a horrible year I’ve never lived in my life. In 2017, I was been selected among French online Missionaries at Global Media Outreach an american evangelical organisation.

Also that time I was studding online at YALI, an American organisation giving Youg africans the opportunity to learn and to become change makers. Where I got different certificats in Leadership and entrepreneurship. At the end of 2019, I’ve been selected among volunteers of YOUTH FOR HUMAN RIGHT INTERNATIONAL, an American organisation which is teaching human right to young people in aim to make PEACE. God himself wants people to live in peace with one another, as said in Hebrews 12:14 “Seek peace with all and sanctification, without which no one will see the Lord”.

He also tells us not to take revenge, in Romans 12: 17-19 “Do not return evil for evil to anyone. Seek what is right in front of all men. If possible, as much as it depends on you. à Be at peace with all men. Do not avenge yourselves, beloved, but allow anger to work; for it is written: Vengeance is mine, and punishment is mine, said the Lord. … ”

The holy scriptures in Matthew 5: 9, Bible tell us, “Blessed are the peacemakers, for they will be called sons of God.” This mission that our group has taken on in the search for peace for everyone is a noble mission. Brothers and Sisters, let us not be discouraged but rather involve each other in the search for peace. ABOUT IBANDA, D.R. CONGO (from Wikipedia)

Ibanda is a commune in Bukavu, South Kivu, Democratic Republic of the Congo.[1] It corresponds to the city center. It is bounded on the north by Lake Kivu and on the east by Rwanda.

Bukavu is a city in eastern Democratic Republic of the Congo (DRC), lying at the extreme south-western edge of Lake Kivu, west of Cyangugu in Rwanda, and separated from it by the outlet of the Ruzizi River. It is the capital of the South Kivu province and as of 2012 it had an estimated population of 806,940.

The Democratic Republic of the Congo (DRC), also known as Congo-Kinshasa or simply either Congo or the Congo, and historically Zaire, is a country in Central Africa. It is, by area, the largest country in sub-Saharan Africa, the second-largest in all of Africa (after Algeria), and the 11th-largest in the world. With a population of over 101 million, the Democratic Republic of the Congo is the most-populous officially Francophone country in the world, as well as the 4th-most populous in Africa, and the 15th-most populous country in the world. Since 2015, the Eastern DR Congo has been the scene of an ongoing military conflict in Kivu.