We welcome Jérémy Arusi Adeba and his colleagues who have established Minova in the Kalehe Territory, Democratic Republic of the Congo, as an International City of Peace.

As Jeremy writes, “There are problems, but we believe that this is one of the reasons why we lay claim to peace. International Cities of Peace is our mouths to make diplomacy the central action.  I would like to offer you our volunteerism as we mobilize the population in Goma and Rutshuru and hope that the Kinshasa section supports us by mobilizing the Eastern communities living in Kinshasa.” 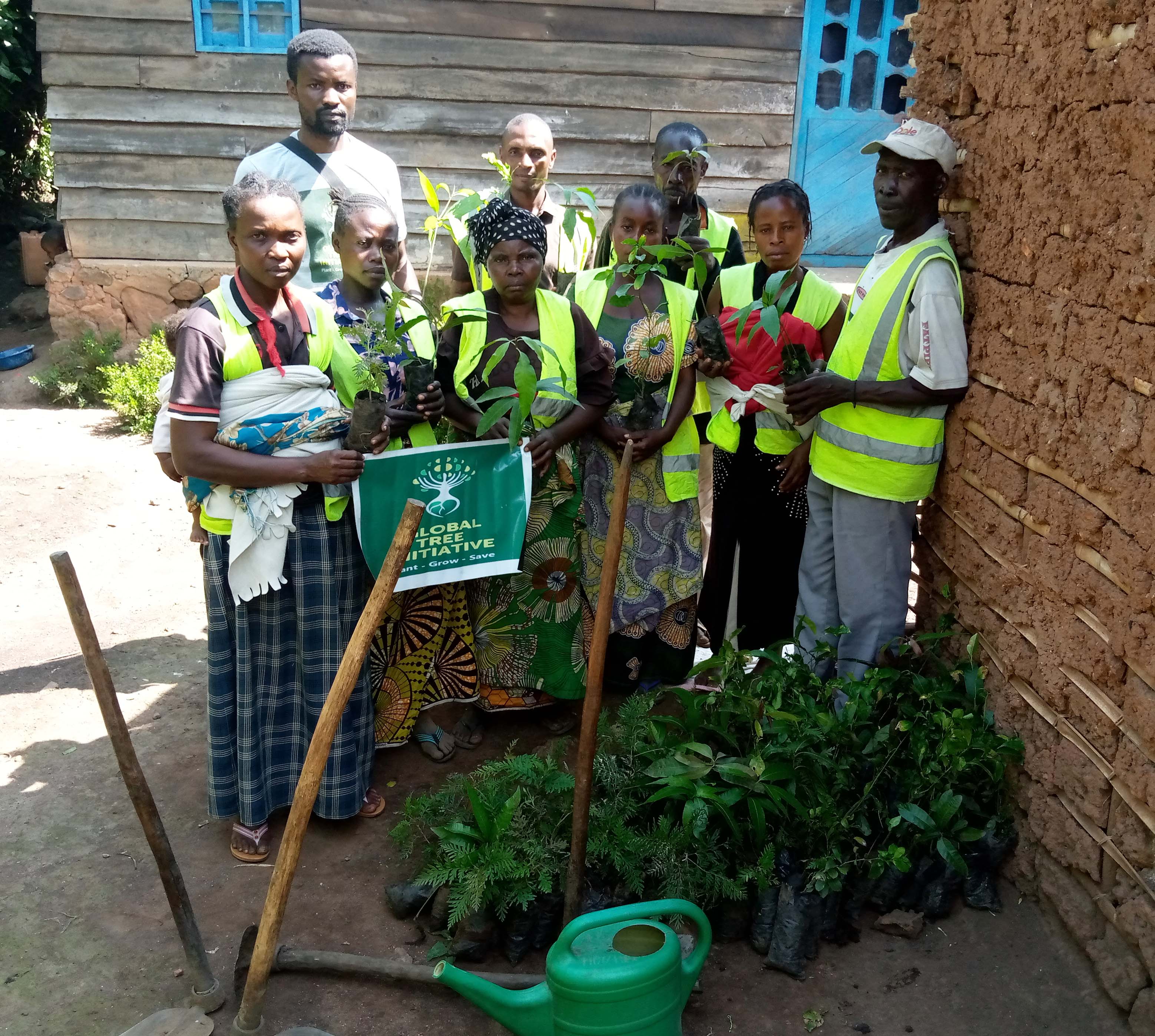 For the month of April, 2022, we planted 1000 trees in Minova Here are the images that testify.

Divided. Armed. On edge. With 1 years of experience working on the frontlines of violent conflict, we know the early signs of danger. And we see in the  democratic Republic of the Congo a country that stands on the brink..

CITY OF PEACE MINOVA  is the largest dedicated peacebuilding organization in our area. Since 2020, we have worked to end violent conflict and to build healthy, safe, and just societies all over the world. Currently, we work in MINOVA  across DRCONGO. 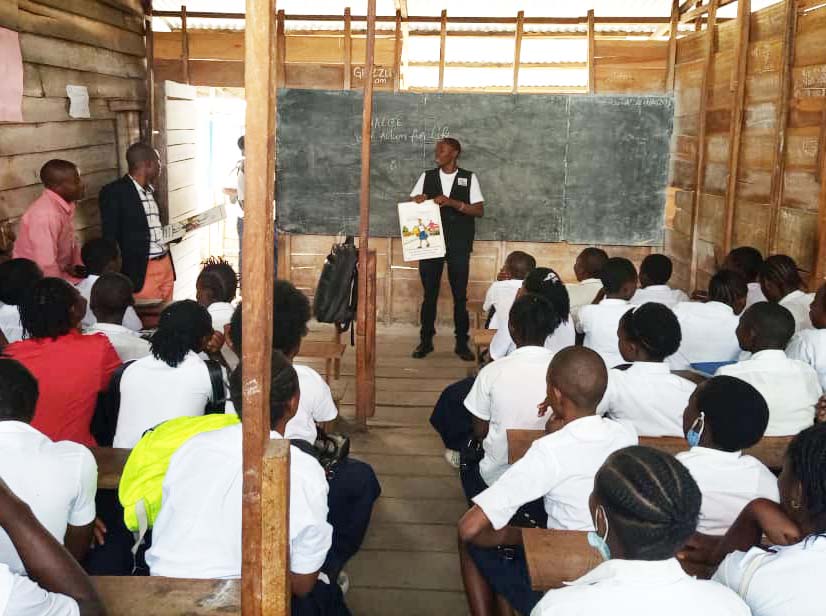 OUR MISSION is to transform the way the world deals with conflict, away from adversarial approaches and toward cooperative solutions. 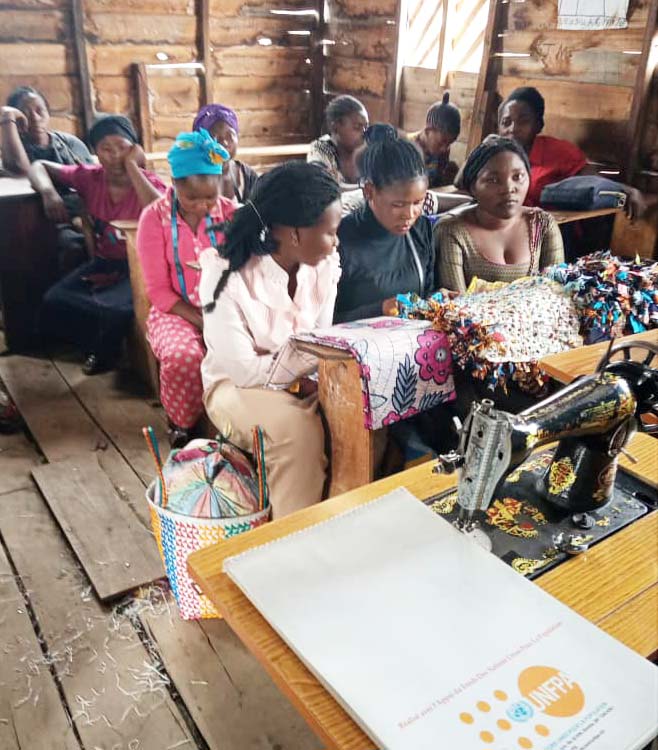 WE BELIEVE that conflict is inevitable but violence is not. Conflict is a natural result of human diversity. When we deal with conflict adversarially, it generates polarization and violence. When we collaborate, conflict catalyzes positive change. 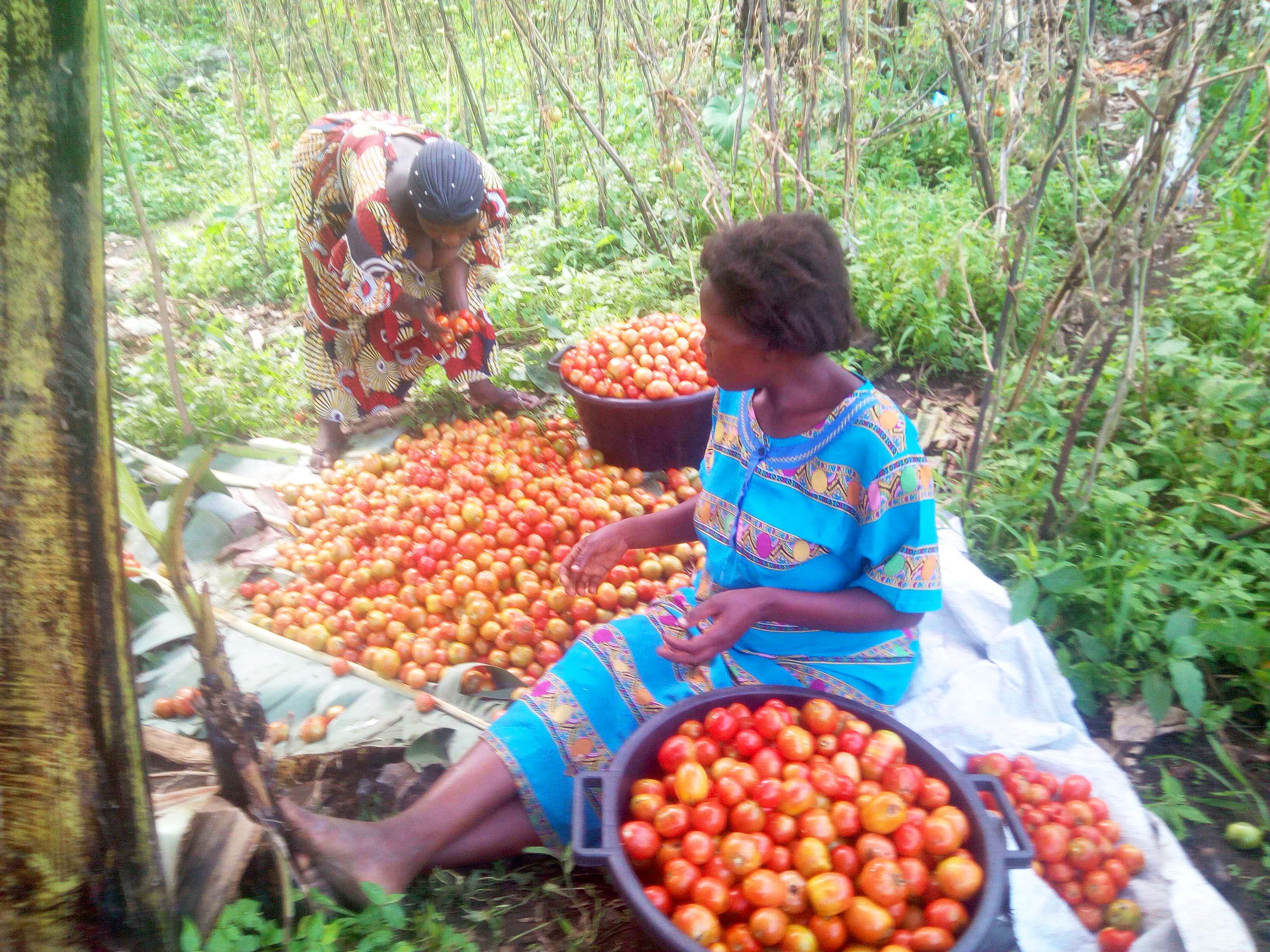 OUR VISION is a world where cooperation is the norm—where differences stimulate social progress, rather than precipitate violence.

WHO WE WORK WITH

THE HISTORY OF OUR WORK IN THE MINOVA

In 2021, we launched INTERNATIONAL CITY OF  PEACE ☮️ MINOVA— a new, exciting program to tackle the roots of conflicts that affect Americans across all lines of diversity.

Our work in the MINOVA CITY goes back a decade, with many initiatives to build bridges around issues like immigration, civil rights, racial discrimination, religion, gender, and sexual orientation.

Learn more below about the history of our work in the MINOVA CITY. 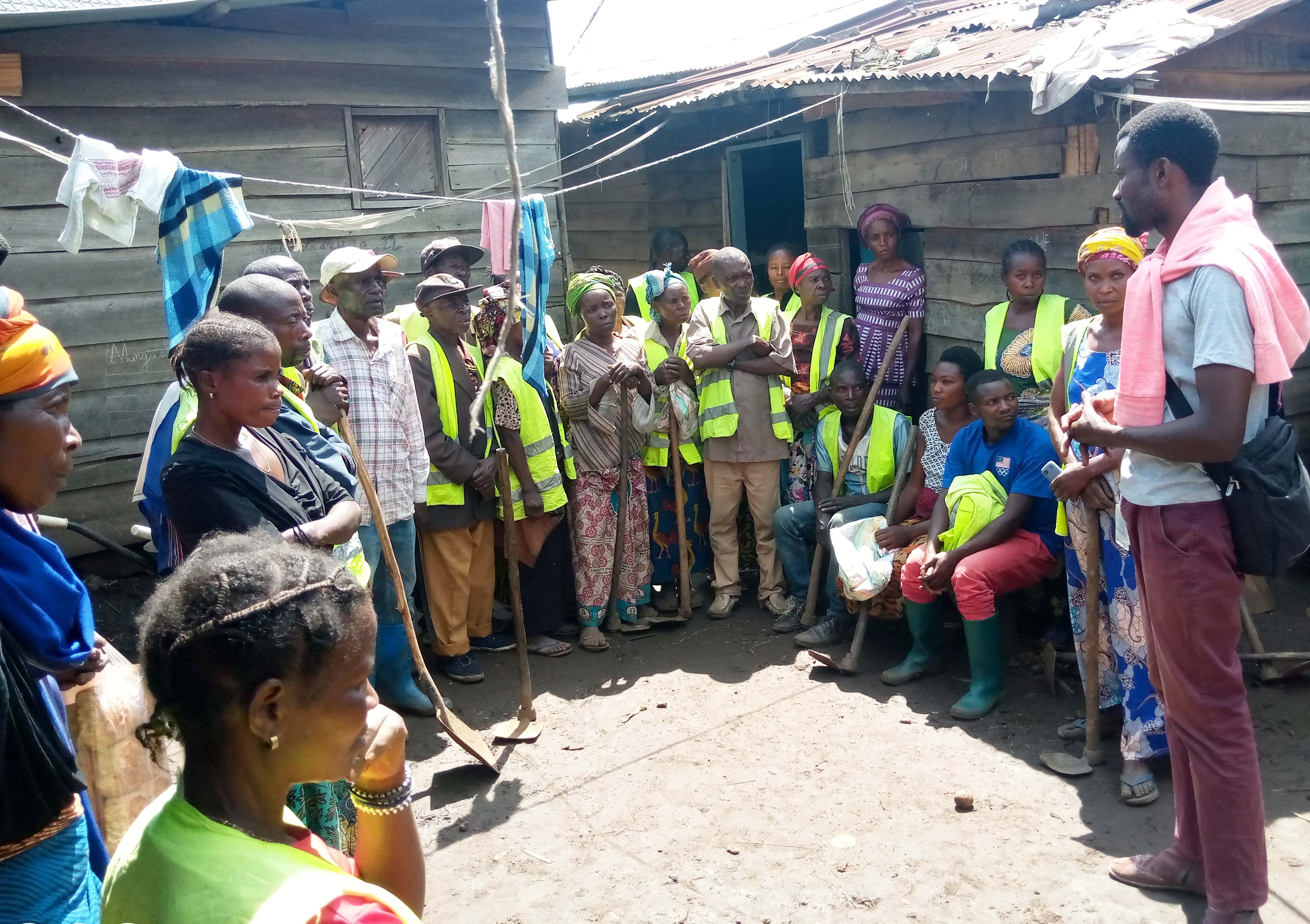 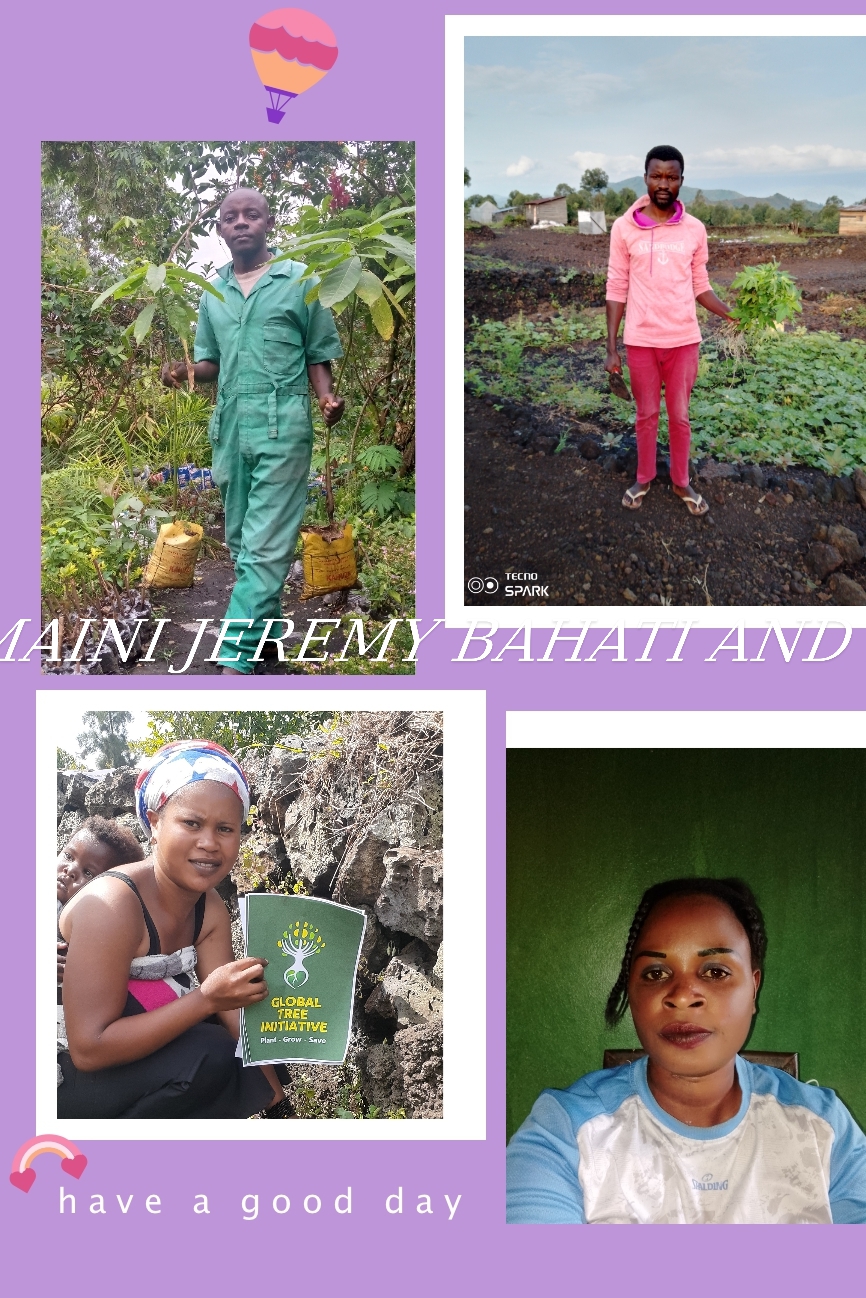 The first man with two trees is TUMAINI KASHALI logistics. The second with youngest trees on the hands I Jeremy arusi the coordinator. The woman with baby is TUMAINI BAHATI group animator and LEATITIAS NDAYISHIMIYE the financial manager of our group.

PREVIOUS PROJECTS IN THE MINOVA 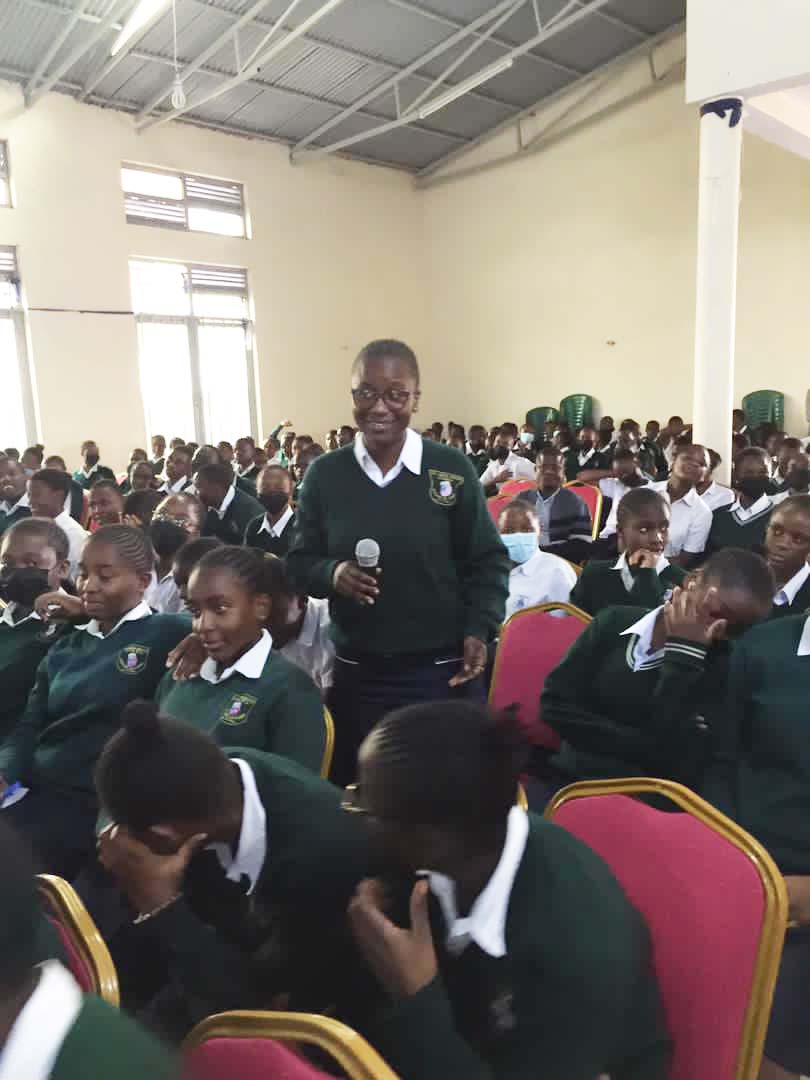 We aim to heal racism in the MINOVA CITY at interpersonal and institutional levels. Using INTERNATIONAL CITY OF PEACE MINOVA approach, we create opportunities for a wide range of people to work together constructively across dividing lines. While the focus is race, our approach depends on the participation of people of […]

Our goal is to support the creation and adoption of common ground legislation that upholds the rights of the Lesbian/Gay/Bisexual/Transgender (LGBT) community while protecting religious liberties. We also work with communities and their leaders to strengthen existing legislation that supports these rights.

TERMS OF REFERENCE ON THE CELEBRATION OF PEACE ON SEPTEMBER 21, 2022

It is for more than two decades already that our province of North Kivu, our cities and our villages undergo repeated wars and security instability, all this does not happen without very harmful consequences in the life of the population, particularly in the economic, social, education, health, environmental fields, etc. So far the security situation remains precarious. Since then, the efforts of the Congolese government and the international community have been felt through the operations that the FARDC continues to carry out to restore peace and restore state authority throughout the province. to do.

International city Minova for the Consolidation of Peace, the ICP MINOVA in acronym which is a permanent framework for exchanges and collaboration between civil society organizations and the Civic and Patriotic Education Service and Social Actions of the FARDC, organizes a series of activities in several areas aimed at bringing the military and civilians closer together and aimed at mobilizing all the living forces of the population (economic operators, religious denominations, young students, pupils, women, peasants, humanitarian workers, etc.) in order to become fully involved in the search for peace and the sustainable development of our country. the ICP MINOVA wants to reconcile the efforts of the civilian population with those of the Congolese government and the international community through MONUSCO in the process of restoring peace throughout the province of North Kivu and everywhere in the East of the ground floor. MINOVA PKI is very much about supporting everyone’s efforts for civilian protection and community resilience.
The ICP MINOVA is apolitical and all its members remain apolitical.

The consolidation of peace, stabilization and sustainable development of eastern DRC through the restoration of State authority guaranteeing respect for human rights, the protection of civilians, especially children and women and environmental protection.

Mobilize all the living forces of the population in order to collaborate and support the Congolese State through the Armed Forces of the Democratic Republic of Congo FARDC and the Congolese National Police PNC and as well as the international community through MONUSCO in the process of the consolidation of peace, the protection of civilians and the socio-economic recovery of the communities most affected by the conflicts. ICP MINOVA advocates for good governance, the participation of all for the well-being of all.

Activities for the celebration of the International Day of Peace on September 21, 2022 in MINOVA by ICP MINOVA
1. Peace training and initiation
2. Community rapprochement of FARDC, PNC and civil society organizations
3. Peace Theater
4. Planting trees for peace
5. Dance and music on peace
6. Sharing a community meal in the name of peace
7. Peace Parade and Caravan 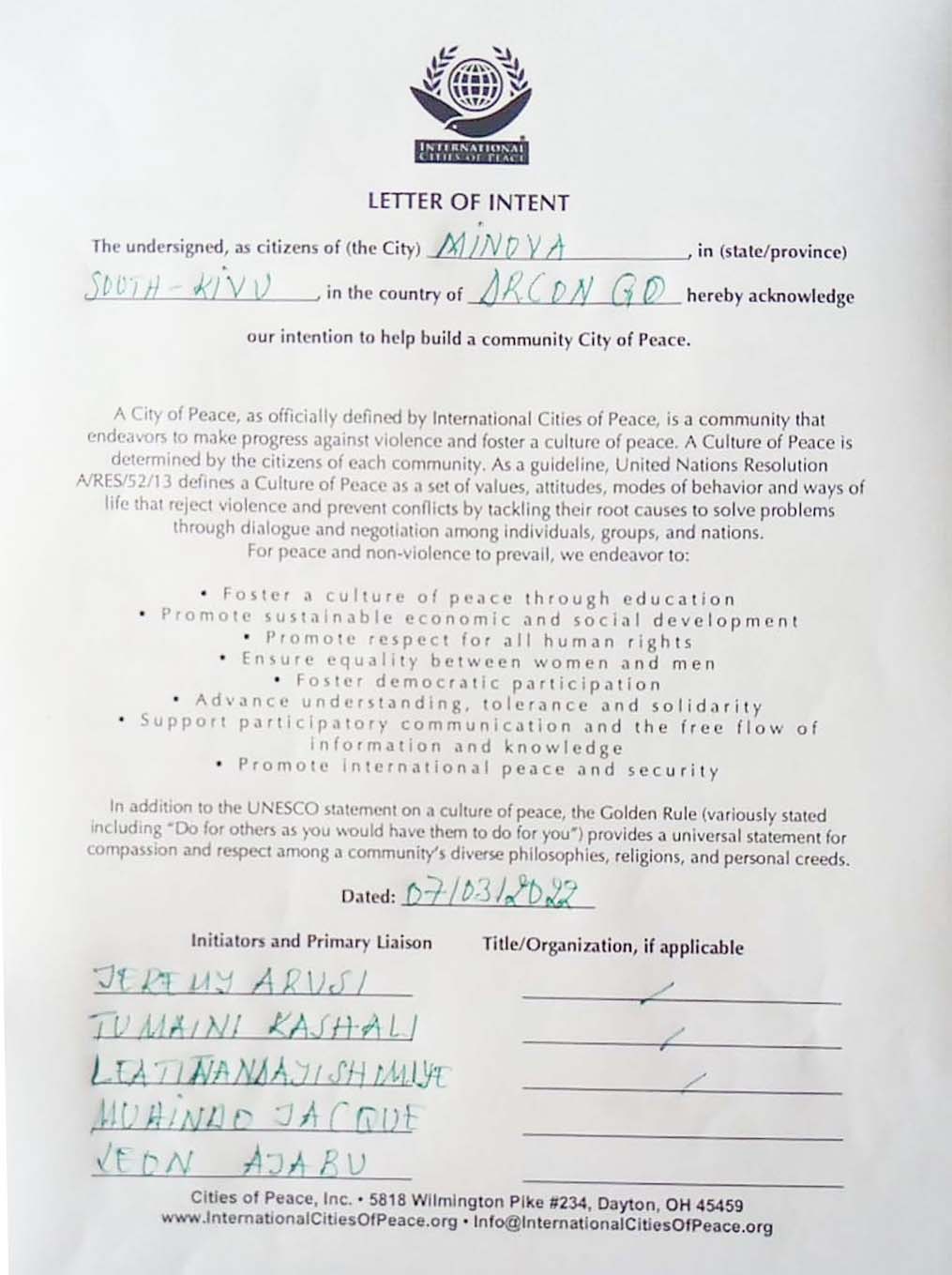 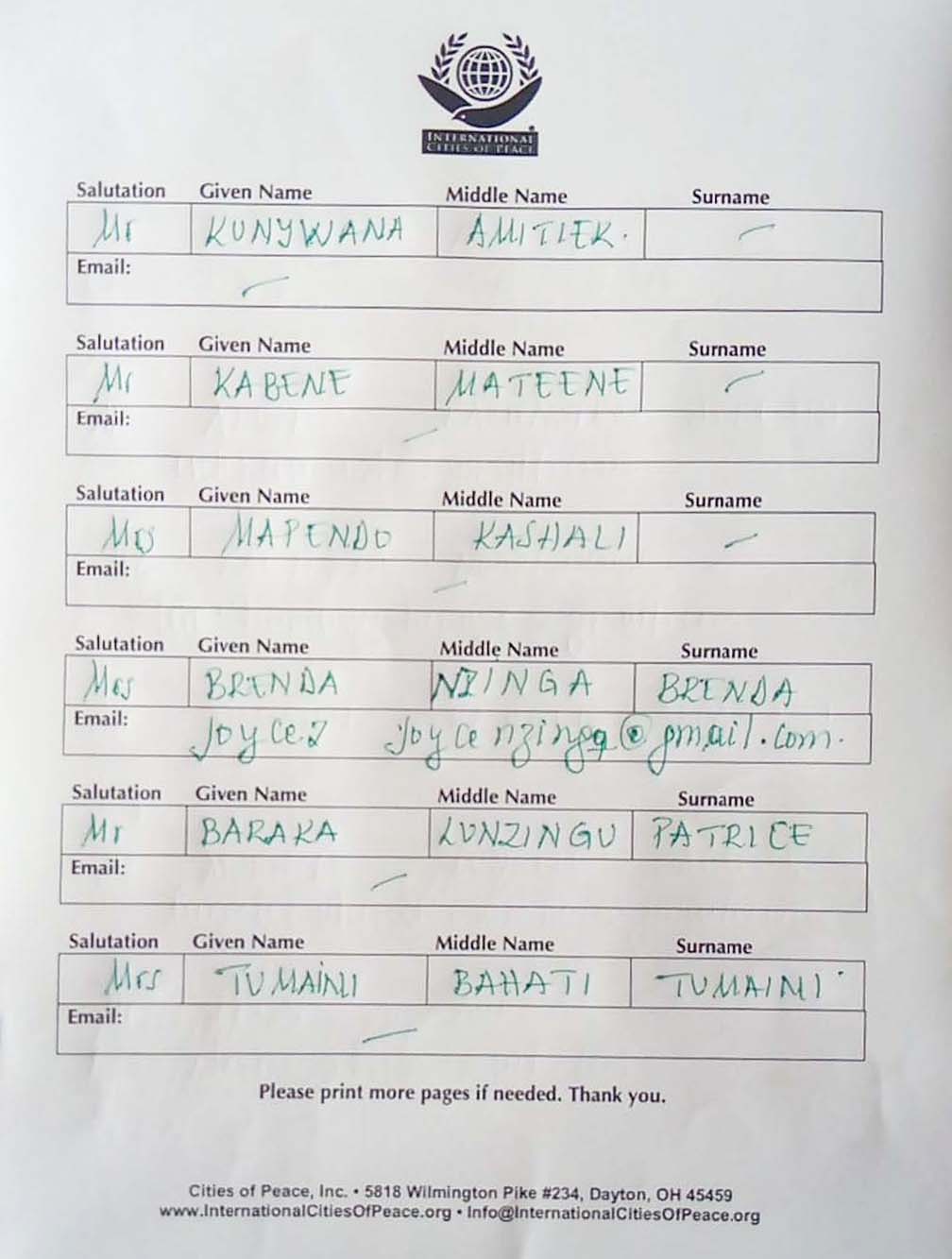 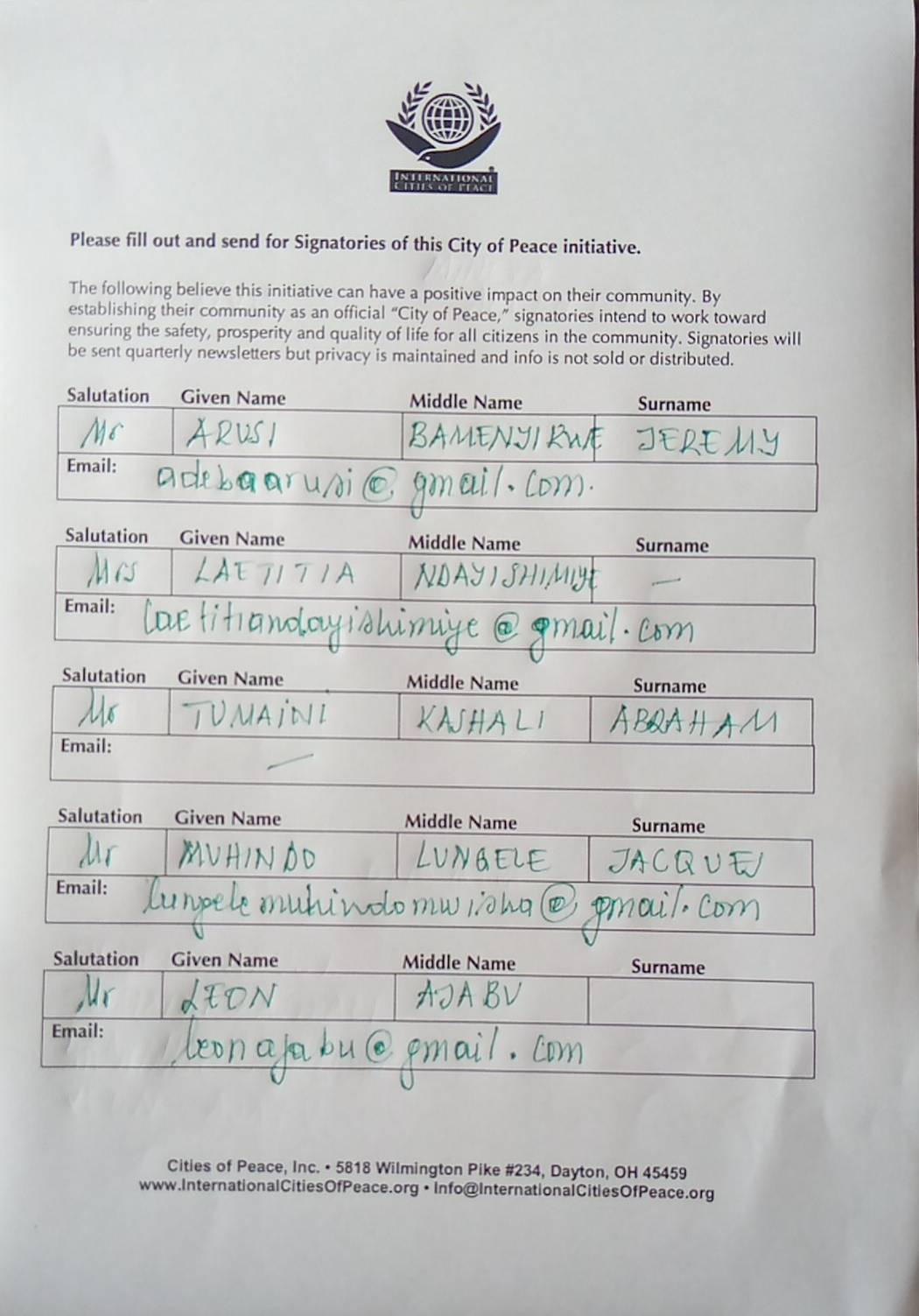 Jérémy Arusi Adeba is the Liaison for Minova: International City of Peace. The Peace Team is shown in the collage above. 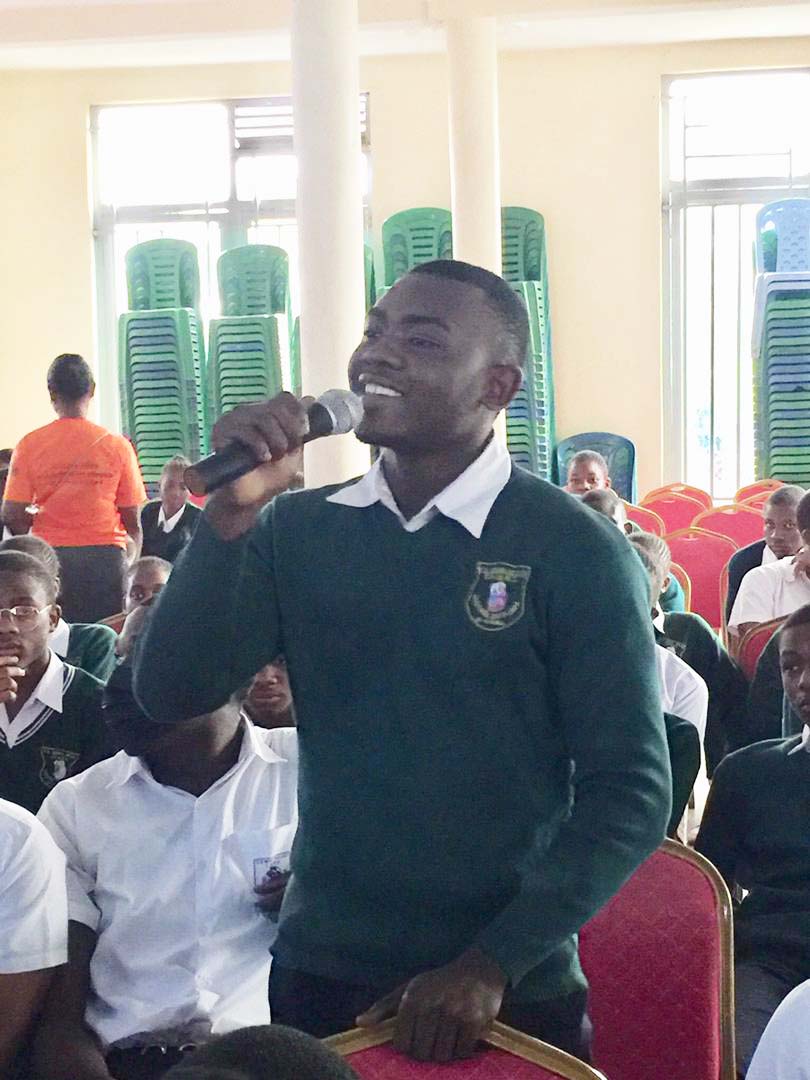 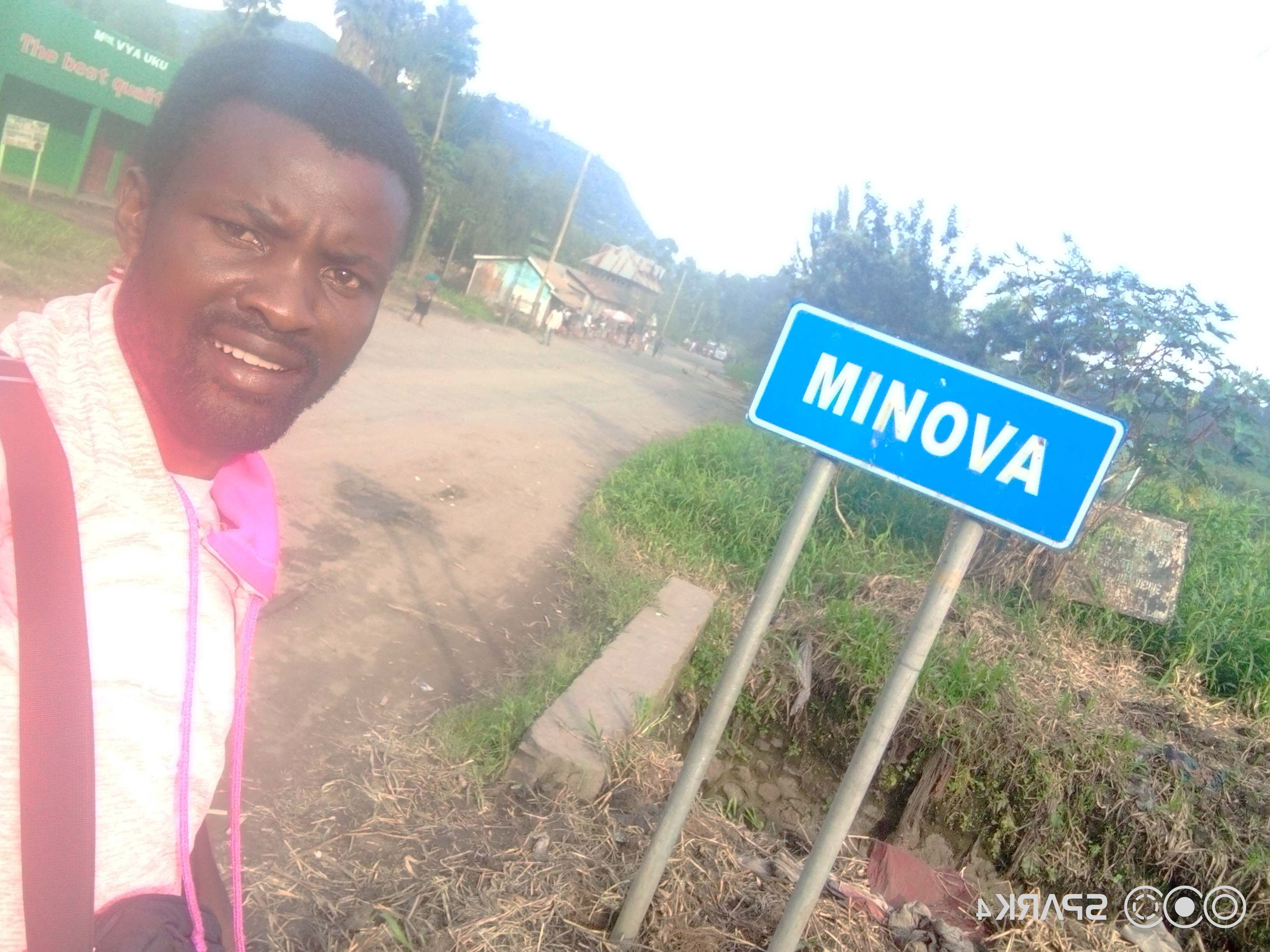 Minova is a town in the Kalehe Territory, Democratic Republic of the Congo. It is an important business center for farm-fishery products. It is very close to Idjwi Island, Masisi Territory, Lake Kivu on its North Western shore and is only 45 km from the Goma city. The town’s development is linked with important refugee-related history, including those from Rwanda in 1994, those from Masisi in 1992–1997, and other surrounding areas in northern South Kivu Province, Democratic Republic of the Congo.

It is known for being the site of the systematic rape of refugees by DRC troops. WE actually find many local organisations involved in the management of Gender Based Violence (GBV) working tirelessly to restore dignity to women and girls who were raped( Panzi Foundation DRC is one of them, and it is very active in Buzi -Bulenga area).