We welcome Esther Bangi Nakintu and her colleagues who have established Nakintu in the Mukungwe District of the Central Region of Uganda as an International City of Peace. We thank Ronald Kiyimba of another City of Peace in Uganda for mentoring Esther and her group. “The Golden Rule teachings,” Esther says, “instill discipline to community members and children to grow up with peacemaking values.” 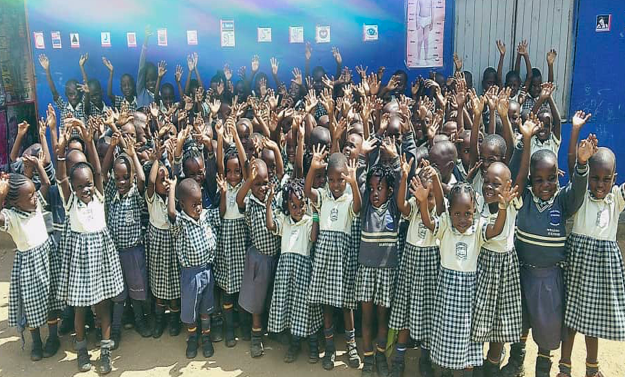 Current legacy:
The community has been sensitized and attracted to bring their children to the school which has transformed their behaviour into good morals, responsible, loving and peaceful people. However, having grown up from a slummy community, there are still challenges in transforming some of them into peaceful people. Through concerts, staging plays, drama and much sensitization of masses there is hope of turning the area into a peaceful city. 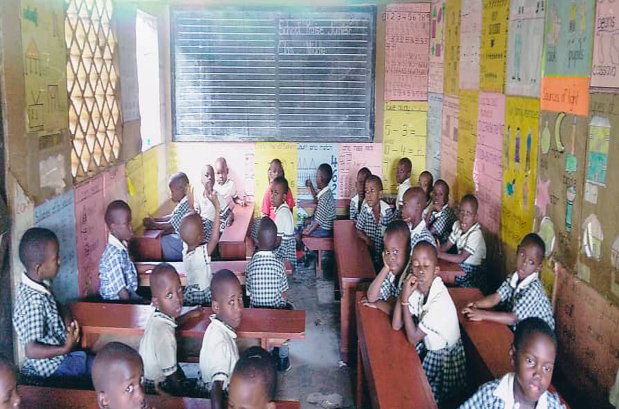 MISSION
The mission is “TO BE THE SCHOOL OF CHOICE FOR CHILDREN, PARENTS AND TEACHERS IN THE COMMUNITY”.
Since the school is in a slummy area with children whose parents have low standards of living, jobless and the majority are illiterate. The school is to bring them on board by involving them in favourable activities at a fair cost.

If the majority of children are made to join the school, it will curb down the rate of illiteracy, poverty, and crime rate thus turning it into a city of peace.

In this regard theory and practical skills are imparted to children so that they achieve them mentally, socially and physically. This will enable them to be job creators rather than job seekers.

This will reduce on the criminal rate in the community turning it into a city of peace. 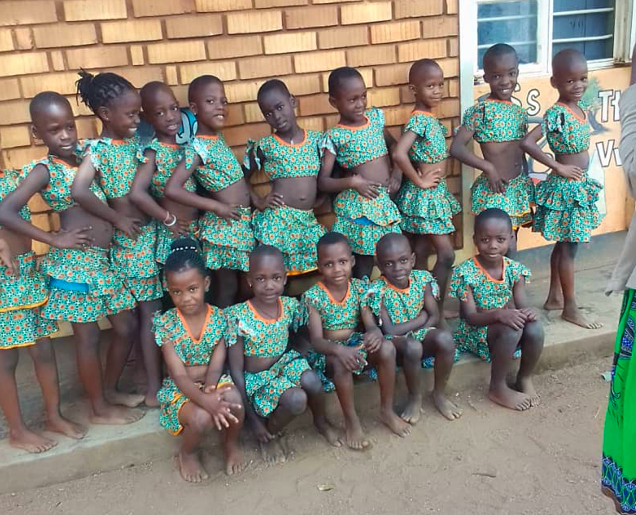 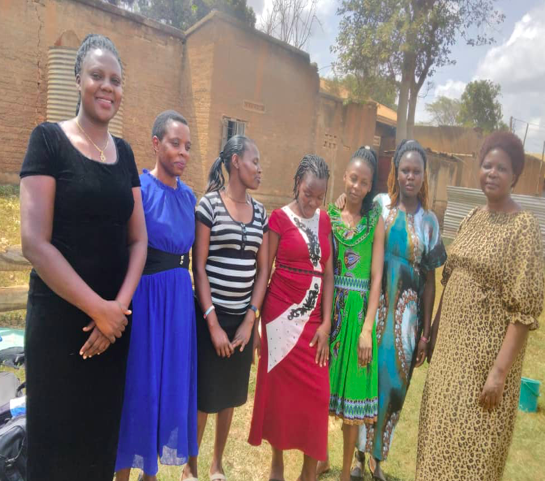 Nyendo is the most slummy and violent area in Masaka city with the biggest number of illiterates and low standards of living people thus harboring a big number of criminals.

Before the school was set up, its location was a criminal black spot for example,rapists, defilers, drug addicts, thieves etc…. When it was turned into a school, crime was curbed down and some peace was attained in the area. 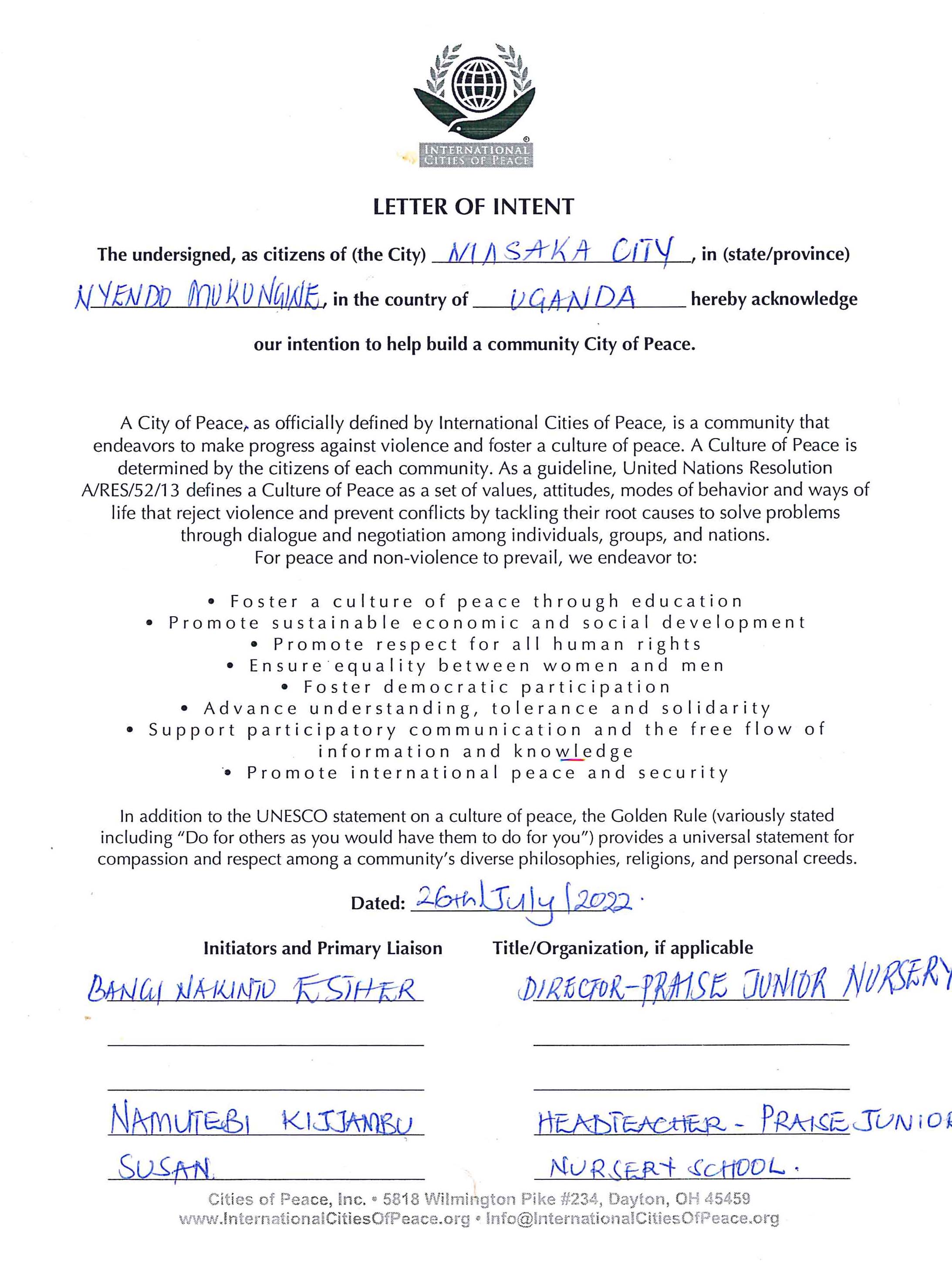 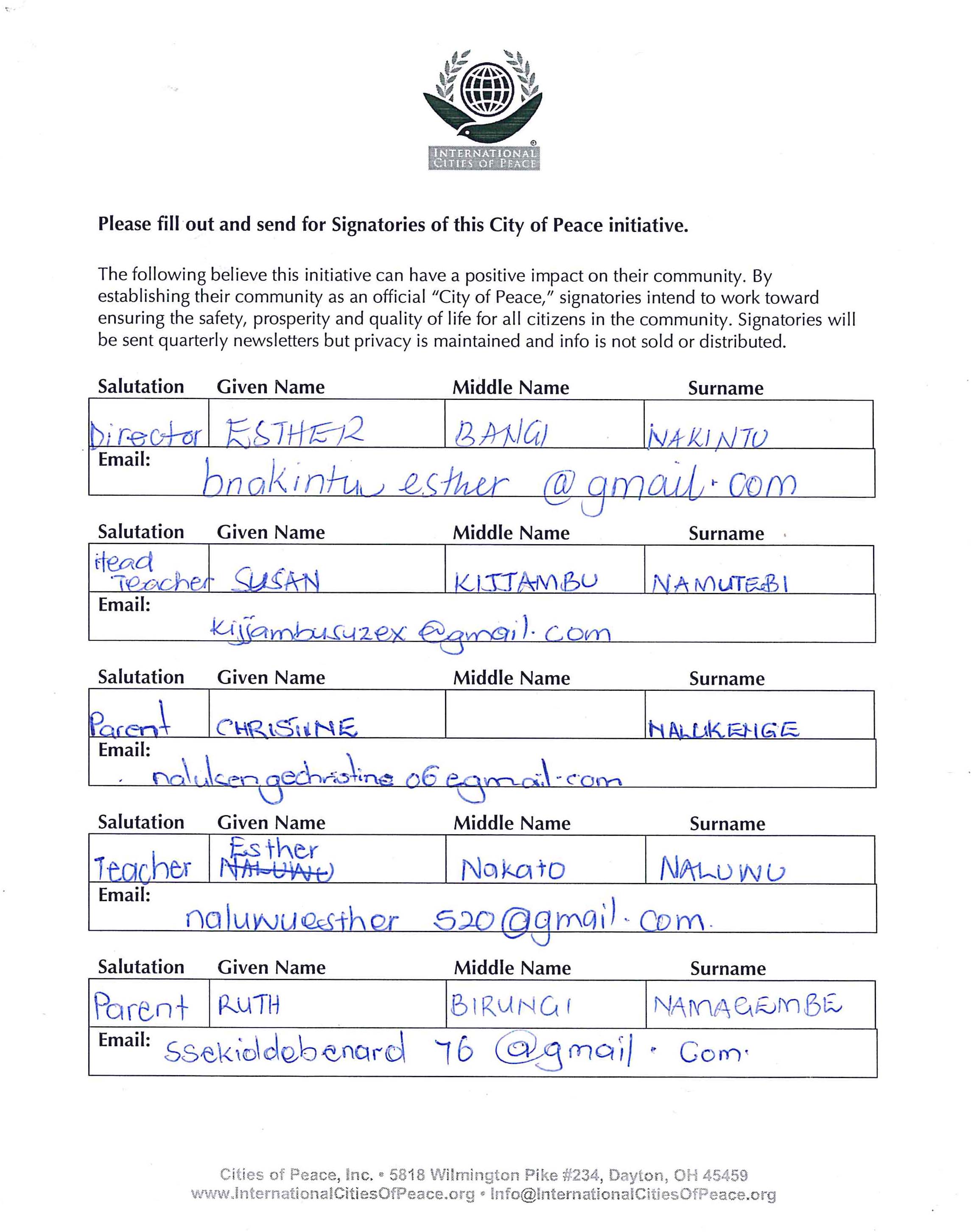 I was born on 9th September, 1965, am fifty seven years old (57 years). I am a single mother with three children. My personal home is at Kirumba “B” village Masaka city. 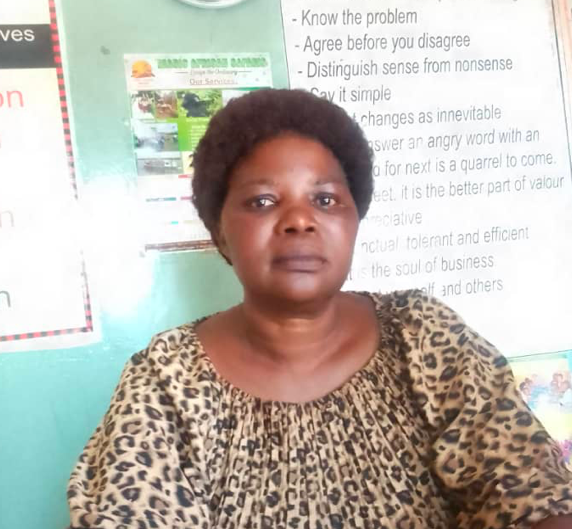 My ancestral home is at Bugya village on the suburbs of Nyendo town. I have four brothers and three sisters(all adults) and both of our parents passed on. I attended primary education at Kitovu primary school, Masaka city.

I started teaching in 1987 at Hill Road Public school – Masaka city till 2021 when I was granted early retirement from government service, and started running Praise Junior Nursery school – Nyendo enrolled with 170 pupils where am currently serving as a Director with other five (5) female teachers and 2 non-teaching staff members.

As the area in which the school is located, is the suburbs of my ancestral home village, I used to observe a lot of criminal acts iedrug abuse, theft, vulgar words, fighting etc—. It attracted me to set up a school that would transform children into responsible citizens and create peace in the area. 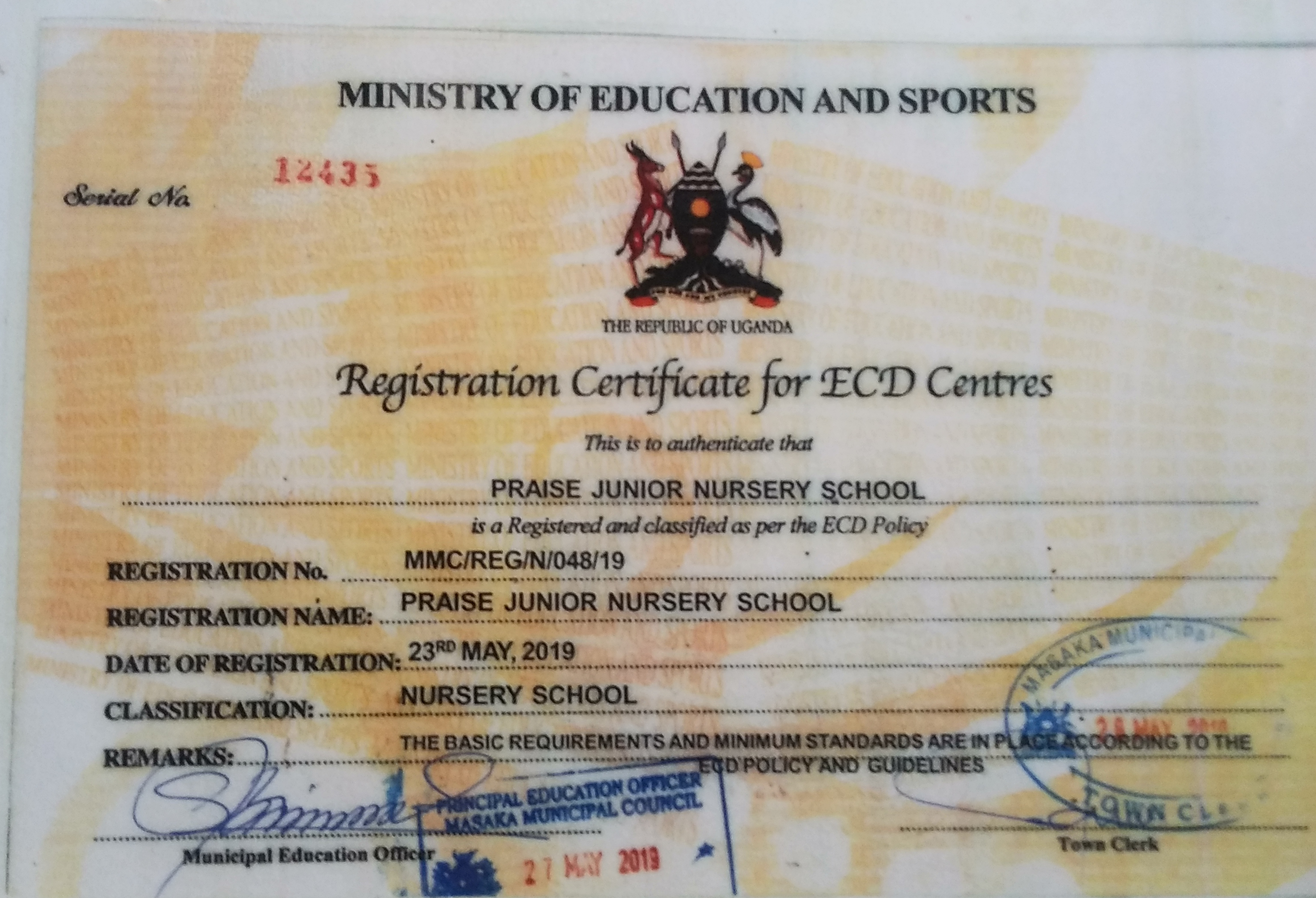 ABOUT NYENDO (from Wikipedia) 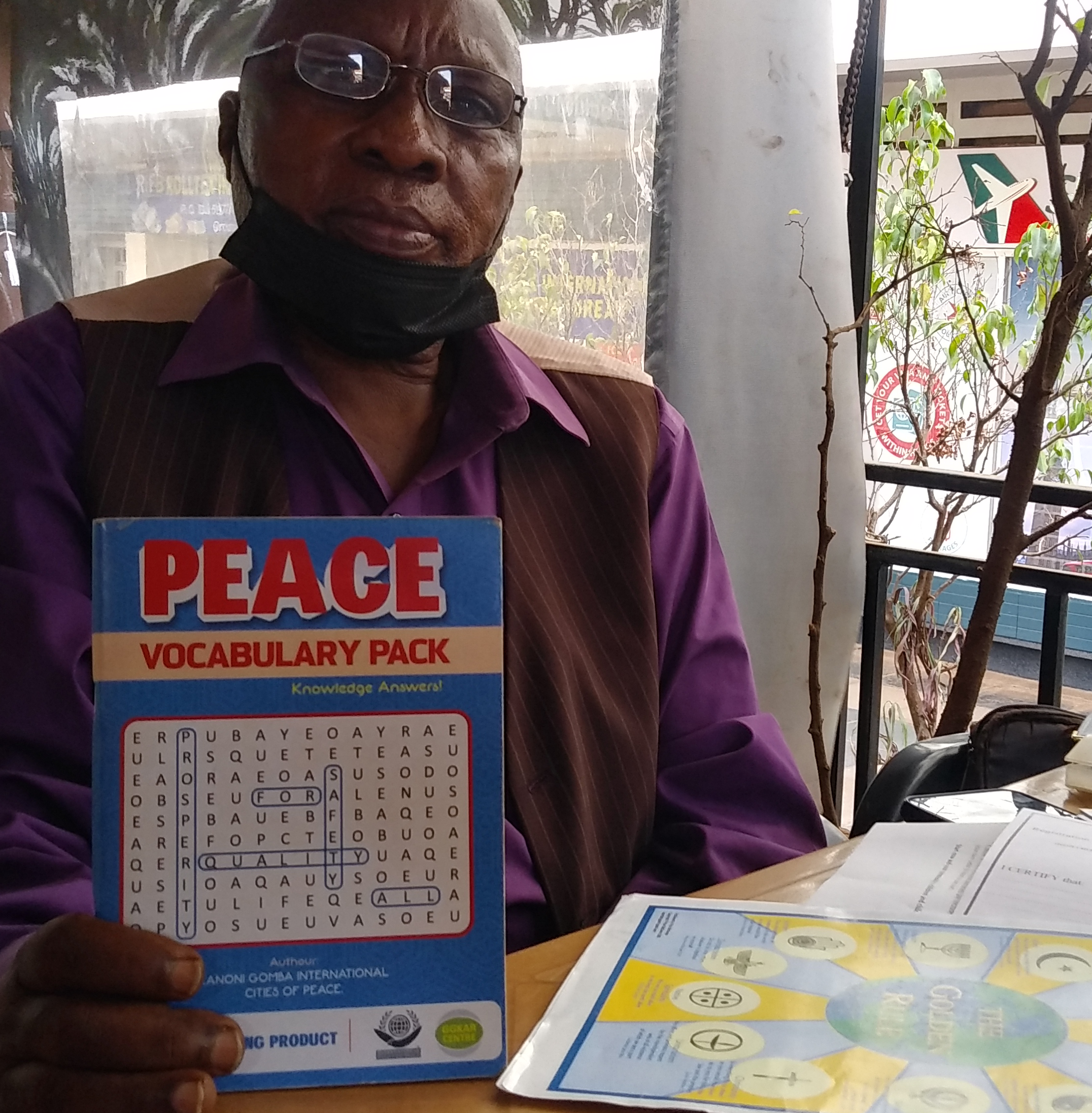