We welcome the citizens of Pekanbaru and the organizational leadership of Scale Up, including liaison Irfan Miswari, which has established their City on Sumatra Island, Indonesia as an International City of Peace. In 2007, the leaders Ahmad Zazali, Harry Oktavian, M. Rawa El Amady, and Dan Iwan Tjitradjaja (Alm) formed a service organization that has succeeded in facilitating 16 conflicts resolutions in Riau. Scale Up is also active strengthening and assisting communities to get access managing natural resource. 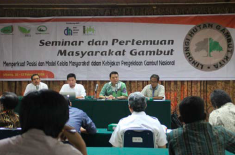 Transforming conflict into equal partnership
Scale Up has established as a follow-up of the advocacy process carried out by many parties especially Non government organizations in Riau Province. purposed to implement accountable and sustainable social development through dynamic partnerships among civil society, government and private sector. 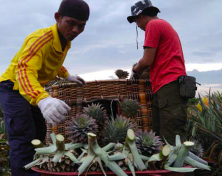 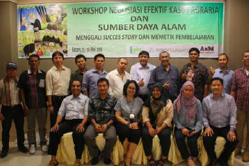 Scale Up has been an activator of natural resources conflict resolution through ADR in Indonesia for more than 10 years. Scale Up has succeeded facilitating 18 conflicts resolution in Riau Province. 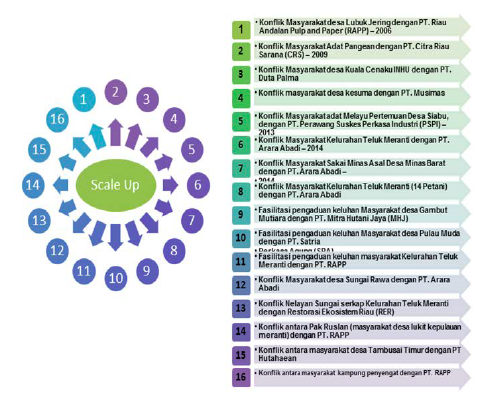 Mainstreaming ADR as a conflict resolution mechanism is deemed necessary so that adequate information distribution is needed. In regard to this matter, Scale Up build a campaign strategy through workshops, seminars, and building campaign media, printed and digital, related to ADR. 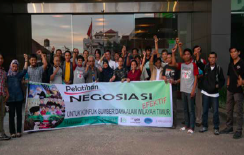 Women empowerment
Women as vulnerable group to the conflict’s impact. While conflict happens, access to natural resource is limited. That is why Scale Up do women empowerment mainly in conflict area to ensure the livelihood access is keep guaranteed. Scale Up have assisting Suka Maju and Mekar Jaya women groups, Teluk Meranti – Pelalawan and also Bina Harapan women group, Kampung Adat Penyengat, Siak.

CAPACITY STRENGTHENING
Discussion to enhancing staffs’ capacity regularly. Lots of themes sharing in the discussion with presenting experts related to Scale Up activities.

Scale Up attempts to do discussion and information sharing related to natural resource conflict resolution from various sectors.

The next three years, Scale Up will focus on 4 issues :

Conflict Resolution procedure in Scale Up :
1. Receive complaint from community.;
2. Collecting primary and secondary data;
3. Verification subject and object in field;
4. Internal meeting (Whether the case is eligible to facilitated or not);
5. If it is not, Scale Up gives the letter to the community who report complaint;
6. If it is possible, Scale Up are going to facilitate started by desk research and in-depth field study, capacity building in order to the community understand the process of resolution conflict;
7. Delivering grievance to the company;
8. Assisting conflict resolution process according to the agreement of the parties 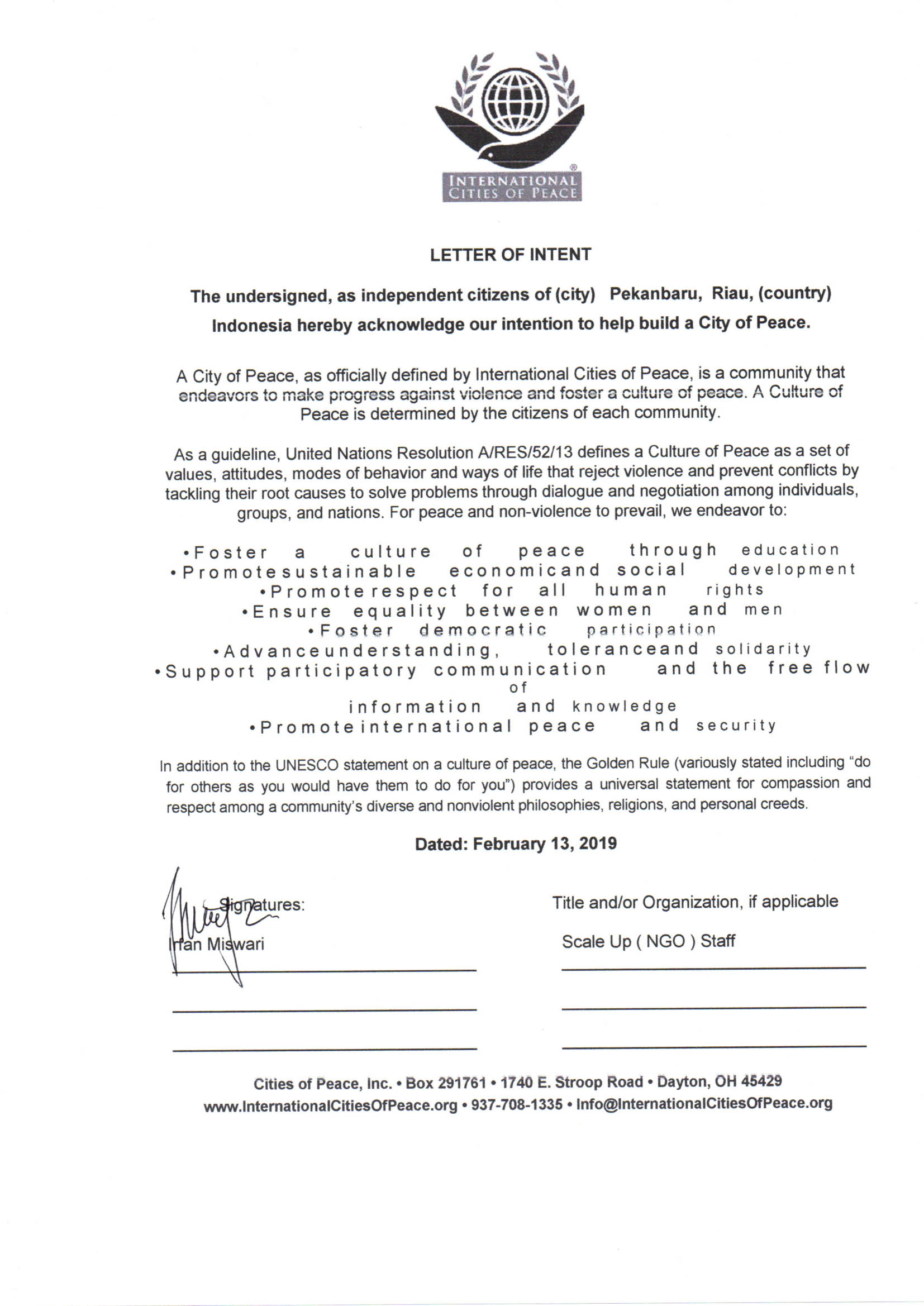 ABOUT THE LIAISON: IRFAN MISWARI 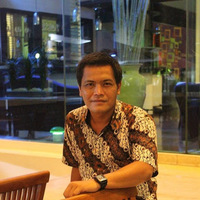 ABOUT PEKANBARU, SUMATRA, INDONESIA (from Wikipedia)

Pekanbaru is the capital of Indonesian province of Riau, and a major economic center on the eastern part of Sumatra Island. It has an area of 632.26 km² with a population of 1,093,416. [1] Located on the banks of the Siak River, which drains into the Strait of Malacca, Pekanbaru has direct access to the busy strait and was long known as a trading port. Pekanbaru was originally built as a market by Minangkabau merchants during the 18th century. Its name is derived from the Malay words for ‘new market’ (‘pekan’ is market and ‘baru’ is new). 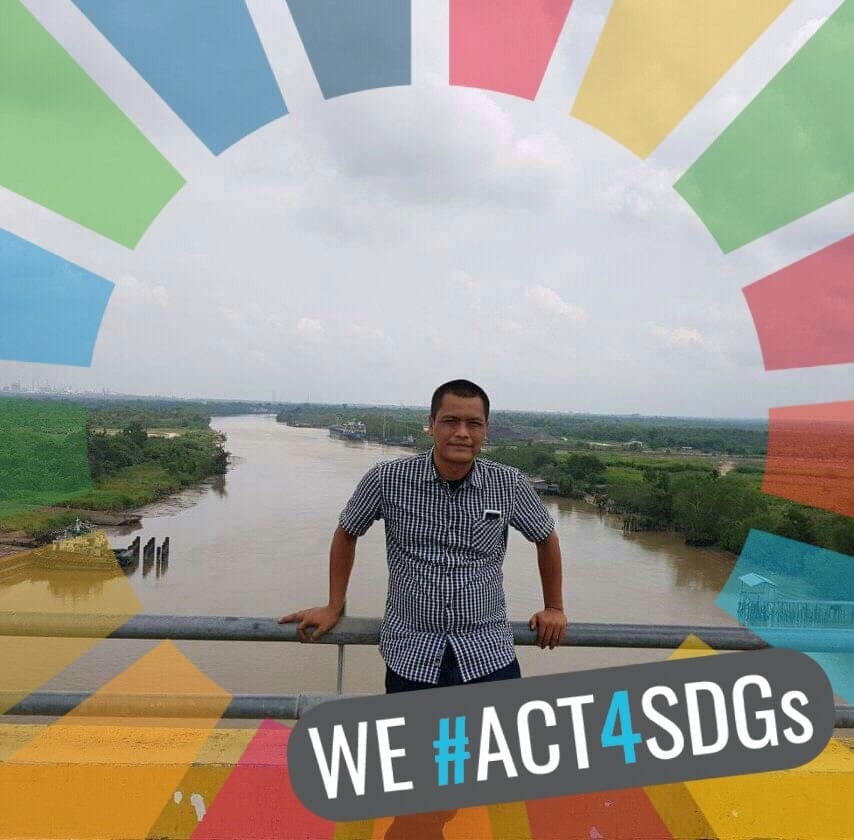 The city is divided into 12 subdistricts (kecamatan). This city is served by the Sultan Syarif Kasim II International Airport and Sungai Duku Port that is located by the Siak River. A settlement has existed on the site since the 17th century. In the late 19th century, the city was developed to serve the coffee and coal industries, and the Dutch built roads to help ship goods to Singapore and Malacca.