Philadelphia, Pennsylvania: City of Peace and Brotherly (and Sisterly) Love

Welcome Lisa Parker, Coordinator, and colleagues who have created an International Cities of Peace initiative under the banner initiative Peace Day Philly in Philadelphia, PA USA, known as the “City of Brotherly Love” (and “Sisterly Affection.”) 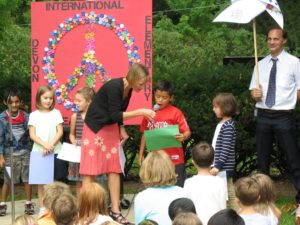 MISSION:
Peace Day Philly is a volunteer initiative that promotes local participation in the United Nations International Day of Peace (“Peace Day), September 21. PDP was founded in 2011 by concerned individuals along with representatives from the United Nations Association of Greater Philadelphia and the Alliance for a Sustainable Future. The PDP initiative aims to be a catalyst for contemplation, dialogue and positive action related to personal, local and global levels of peace and nonviolence. Peace Day Philly also hopes to raise the visibility of global and local issues related to peace and nonviolence and promote initiatives working toward a culture of peace.

Peace Day Philly aligns with the sustained work of the United Nations and many NGOs across the world working to build a “Culture of Peace.” For more about this concept, please visit the Culture of Peace page of this section and read the AUGUST 2012 BLOG or http://www.peacedayphilly.org/about/culture-of-peace/. 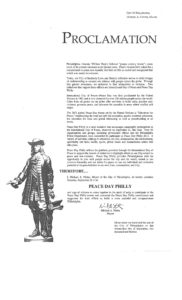 VISION:
The Mayor’s office issued a proclamation for Peace Day Philly 2012 stating the following: ”Philadelphia is focused on becoming a city of peace and harmony, and proclaims the 21st of September 2012 “Peace Day Philly.” 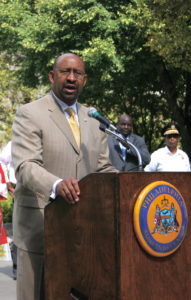 We believe that this worldwide day of ceasefire and nonviolence is a great opportunity for Philadelphia, and cities across the world, challenged with issues of structural violence, gun violence, lack of coordinated responses and initiatives and general passivity and pessimism about solving these significant challenges, particularly in the current economic and political climate. Our messaging must make clear that this is a day for everyone, that everyone can access in a way meaningful to them, and that together we can stand stronger than the violence and intolerance that divides and wounds us. By highlighting the flexibility of this day we hope to bring in many diverse organizations in the fields of academia, the arts, K-12 education, sports, the environment, spirituality and faith and humanitarian service.

2012 GOALS:
Outreach: The focus for 2012 has been outreach to significantly raise the level of awareness and participation in Peace Day Philly and the International Day of Peace in Philadelphia and the surrounding region. Neighborhoods, community groups, organizations, schools and individuals across the region can participate in ways that are meaningful for them and/or in keeping wit their mission.
We hope to significantly broaden the number and diversity of involved organization for 2013.

City Involvement: We have encouraged the involvement of the Mayor’s Office and the Philadelphia Police Department in Peace Day Philly, starting in the fall of 2011. We hope to create an active, coordinated relationship with the mayor’s office for 2013.

Infrastructure/Communications: We also focused on creating infrastructure to help make our message and information accessible (website, Community FB Page). We plan to refine and update the webpage and community FB page, as well as to create an overview video from footage taken 9/21/12, create a you tube channel and significantly increase FB and twitter followers. We are also committed to make communications coordinated with other cities and the IDP committee. 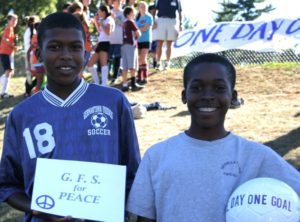 2012 OBJECTIVES:
1. Launch a website which would provide information about Peace Day, global initiatives and cities across the world, substantive resources for Peace Day activities (that can be used by anyone interested anywhere in the world) and local Peace Day Philly events listings. The 2012 campaign was “What can YOU Do?”

Results:
o      We successfully launched the website in May 2012, and utilize it heavily to share activity suggestions with teachers and a wide range of organizations and raise general awareness about Peace Day.
o      We market the public events offered by organizations through our website (as well as on our community FB page).
o      We profile Peace Day initiatives in cities across the world.
o      We share information on this site about Peace Day global initiatives such as the Minute of Silence/Moment of Peace (Pathways to Peace) and Global Truce 2012 (Peace One Day) – http://www.peacedayphilly.org/peace-in-our-city/, as well as those happening year round: http://www.peacedayphilly.org/about/international-day-of-peace/global-initiatives

2. Encourage the participation of at least 50 organizations in Peace Day Philly 2012.

Result: As of September 10, well over 60 diverse groups and organizations expressed their commitment to participate in Peace Day Philly 2012.

3. Encourage organizations to offer free public programs related to peace and nonviolence in areas such as the arts, spirituality, the environment, health, sports and humanitarian service.

Result: There are over 20 public events, almost all free, being offered from Sept. 19-28th.

The group/organization has a link to their webpage from our participating organization page, as well as a listing in the EVENTS section of our website, www.peacedayphilly.org.

4. To get Peace Day activity ideas for kids distributed throughout the public school system and to Friends (Quaker) schools in the region.
Result: Activity ideas were distributed to art teachers throughout the district. In addition, through the regional office of Students in Action (SIA)/Jefferson Awards, which rewards service as well as academics and sports), 15+ schools involved in this program have received the activities with an endorsement from SIA. Regarding Friends Schools, the Friends Council on Education has circulated and posted Peace Day activity ideas to their Quaker school membership. PDP has also done ourreach to Friends Schools throughout the region.

5. Encourage the LEAP after school program of the Free Library of Philadelphia to again do peace poetry activities on 9/21 at sites across the city (52 sites).
Result: Dozens of libraries will again be participating.

6. Encourage the police district offices (21 offices across the city) to again offer peace and nonviolence activities at community sites on 9/21. In 2011, all 21 district offices participated with a total of 40 events.

Result: All 21 police districts across the city will again participate, as well as related programs such as the Police Athletic League (PAL) and victim’s services. The police department sees Peace Day as a way the police can interact with the community in positive ways and we will work to cultivates that for the future.

7. Engage the Mayor’s Office in Peace Day Philly and encourage his involvement.

Note: There will also be a PA State Senate resolution in support of Peace Day introduced for 2012. A resolution of support was introduced and passed in 2011. The State Senator with a district in Philadelphia who is co-sponsoring the resolution will be attending out 9/21 event.

Highlights of Peace Day Philly 2012 Programs (there are over 25) include:
• A public program in observance of the International Day of Peace at LOVE Park. On 9/21. Beginning with a peace walk (with a Jane Goodall style dove) and concluding with a “minute of silence/moment of peace” at noon, this program will include public figures and poet laureate and Sonia Sanchez who has been leading a Peace Haiku project this year in the city.

A “Peace and Public Health” Panel Discussion with area experts on violence as a public health issue,
sponsored by the Office of International Programs, Drexel University (Sept. 21, 1pm)

• “Peace from the Inside Out: A Program of Meditation, Reflection and Music” sponsored by the
Ethical Humanist Society of Philadelphia (Sept. 21, 7pm)

• A “Play for Peace” Soccer Tournament with teams representing West African immigrant
communities, sponsored by PDP, Palm Solutions and these community leaders (Sept. 22, 10am)
• A Special exhibition by the international organization Mayors for Peace, which will feature images
and stories of victims in the nuclear bombings of Hiroshima and Nagasaki (Sept. 21, 2:30pm, 5pm) 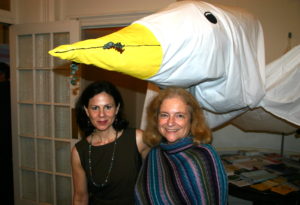 A Philadelphia native, Lisa is a social worker turned peace activist. In addition to co-founding and coordinating Peace Day Philly, she is a United Nations NGO Representative for Global Education Motivators (GEM), to the United Nations Department of Pubic information (DPI). GEM is a Philadelphia based non-profit that uses video conferencing to encourage a greater global perspective, especially among high school and college youth, through a wide range of intercultural dialogues and exposure to the work of the United Nations. Additionally, Lisa co-chairs the CITIES Peace team, a subcommittee of the International Day of Peace Committee at the United Nations.

About Philadelphia (from Wikipedia):

The largest city in the Commonwealth of Pennsylvania and the fifth-most-populous city in the United States, Philadelphia is located in the Northeastern United States along the Delaware and Schuylkill rivers, and it is the only consolidated city-county in Pennsylvania. As of the 2010 Census, the city had a population of 1,526,006. Philadelphia is the economic and cultural center of the Delaware Valley, home to 6 million people and the country’s fifth-largest metropolitan area. Popular nicknames for Philadelphia are Philly and The City of Brotherly Love, the latter of which comes from the literal meaning of the city’s name in Greek is “brotherly love”, compounded from philos (φίλος) “loving”, and adelphos (ἀδελφός) “brother”).

In 1682, William Penn founded the city to serve as capital of Pennsylvania Colony. By the 1750s it was the largest city and busiest port in British America. During the American Revolution, Philadelphia played an instrumental role as a meeting place for the Founding Fathers of the United States, who signed the Declaration of Independence in 1776 and the Constitution in 1787. Philadelphia was one of the nation’s capitals during the Revolutionary War, and the city served as the temporary U.S. capital while Washington, D.C., was under construction. During the 19th century, Philadelphia became a major industrial center and railroad hub that grew from an influx of European immigrants. It became a prime destination for African Americans during the Great Migration and surpassed two million occupants by 1950.

Philadelphia has shifted to an information and service-based economy. Financial activities account for the largest sector of the metro economy, and it is one of the largest health education and research centers in the United States. Philadelphia’s history attracts many tourists, with the Liberty Bell receiving over 2 million visitors in 2010. The Delaware Valley contains the headquarters of twelve Fortune 500 corporations, four of which are in Philadelphia proper. With a gross domestic product of $388 billion, Philadelphia ranks ninth among world cities and fourth in the nation. The city is also the nation’s fourth-largest consumer media market, as ranked by the Nielsen Media Research.

Philadelphia is known for its arts and culture. The cheesesteak and soft pretzel are emblematic of Philadelphia cuisine, which is shaped by the city’s ethnic mix. The city has more outdoor sculptures and murals than any other American city, and Philadelphia’s Fairmount Park is the largest landscaped urban park in the world. Gentrification of Philadelphia’s neighborhoods continues into the 21st century and the city has reversed its decades-long trend of population loss.