We welcome Aya Chhebbi, who directs the National Organization for Tunisian Children, to our Advisory Council. Aya and her colleagues in Tunis have laid out a practical vision for their community:

The group is founding the first Tunisian organization working on Peace! Their 3-part Mission:

-Peace through education: focus on non-violence and communication

-Peace through meditation: will organize a retreat site in Tunis in collaboration with Peace Revolution Project.

-Peace through art: creating a network of artists who will work on peace and non-violence issues (concerts, workshops, plays, open mic…) 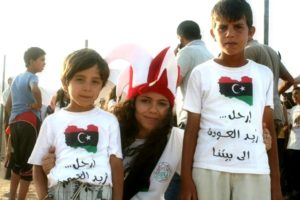 The group is made of young students and graduate students who have a passion for peace and we will reach out to young professionals. 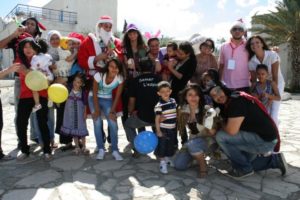 About Aya Chebbi and her work.

Aya Chebbi is a young Tunisian activist who helped direct the National Organization for Tunisian Children, Local Bureau Menezah, which aims to improve the lives of children and protect their rights. As children’s instructor, she organized workshops and events for orphans, refugees and hospitalized kids. Outside of her work there, she has been a volunteer teacher for unprivileged children, a peer educator on sexual health & HIV/AIDS, Red Crescent volunteer and a Soliya facilitator. Following Tunisia’s revolution, she helped found Haqi (My Right) Organization, which offers training on the integration of human rights in daily life. She is an accredited elections observer by I-Watch, a Tunis-based advocate for governmental and political transparency and accountability — serving as an anti-corruption government watchdog. 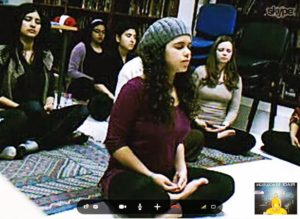 Aya has been working with international organizations and networks such as AIESEC, Y-Peer, JCI, PDHRE and Peace World Initiative. She received her degree in English and International Relations from the Higher Institute of Human Sciences of Tunis. After her meditation fellowship in Thailand, she decided to work on peace building and establish the first international city of peace in Tunisia. 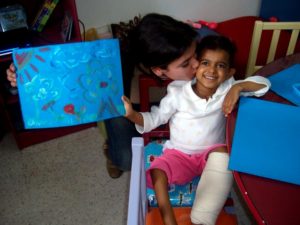 Tunis is the capital of both the Tunisian Republic and the Tunis Governorate. It is Tunisia’s largest city, with a population of 728,453 as of 2004; the greater metropolitan area holds some 2,412,500 inhabitants. Tunisia was the first county to embrace the Arab Spring revolution and had its first democratic election earlier this year.

Situated on a large Mediterranean Sea gulf (the Gulf of Tunis), behind the Lake of Tunis and the port of La Goulette (Halq al Wadi), the city extends along the coastal plain and the hills that surround it. At the centre of more modern development (from the colonial era and later) lies the old medina. Beyond this district lie the suburbs of Carthage, La Marsa, and Sidi Bou Said.

The medina is found at the centre of the city: a dense agglomeration of alleys and covered passages, full of intense scents and colours, boisterous and active trade, and a surfeit of goods on offer ranging from leather to plastic, tin to the finest filigree, tourist souvenirs to the works of tiny crafts shops.

Just through the Sea Gate (also known as the Bab el Bahr and the Porte de France) begins the modern city, or Ville Nouvelle, transversed by the grand Avenue Habib Bourguiba (often referred to by popular press and travel guides as “the Tunisian Champs-Élysées”), where the colonial-era buildings provide a clear contrast to smaller, older structures. As the capital city of the country, Tunis is the focus of Tunisian political and administrative life; it is also the centre of the country’s commercial activity. The expansion of the Tunisian economy in recent decades is reflected in the booming development of the outer city where one can see clearly the social challenges brought about by rapid modernization in Tunisia.